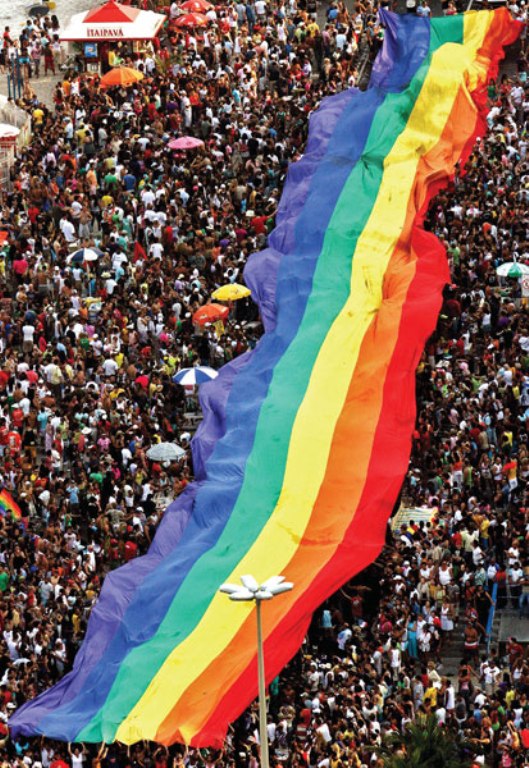 Most historians agree that there is evidence of homosexual activity and same-sex love, whether such relationships were accepted or persecuted, in every documented culture. Doctors Sigmund Freud and Magnus Hirschfield’s writings were sympathetic to the concept of a homosexual or bisexual orientation occurring naturally in an identifiable segment of humankind, and Freud himself did not consider homosexuality an illness or a crime.

In the United States, few attempts were made to create advocacy groups supporting gay and lesbian relationships until after World War II, although prewar gay life flourished in urban centers such as Greenwich Village and Harlem during the Harlem Renaissance of the 1920s. The disruptions of World War II allowed formerly isolated gay men and women to meet as soldiers, war workers, and other volunteers uprooted from small towns and posted worldwide. Greater awareness, coupled with the senate’s investigation of homosexuals holding government jobs during the early 1950s, led to the first American-based political demands for fair treatment in mental health, public policy, and employment.

The primary organization acknowledging gay men as an oppressed cultural minority was the Mattachine Society, founded in 1950 by Harry Hay and Chuck Rowland. Other important homophile organizations on the West Coast included One, Inc., founded in 1952, and the first lesbian support network, Daughters of Bilitis, founded in 1955 by Phyllis Lyon and Del Martin. Through meetings and publications, these groups offered information and outreach to thousands. These first organizations soon found support from prominent sociologists and psychologists.

Throughout the 1950s and 60s, gay men and lesbians continued to be at risk for psychiatric lockup and jail and for losing jobs or child custody when courts and clinics defi ned gay love as sick, criminal, or immoral. The turning point for gay liberation came on June 28, 1969, when patrons of the popular Stonewall Inn in New York’s Greenwich Village fought back against ongoing police raids of their neighborhood bar. Stonewall is still considered a watershed moment of gay pride and has been commemorated since the 1970s with “pride marches” held every June across the United States. Recent scholarship has called for better acknowledgement of the roles that drag performers, minorities, and transgender patrons played in the Stonewall Riots.

The gay liberation movement of the 1970s saw myriad political organizations spring up, often at odds with one another. Frustrated with the male leadership of most gay liberation groups, lesbians formed their own collectives, record labels, music festivals, newspapers, bookstores, and publishing houses and called for lesbian rights in mainstream feminist groups like the National Organization for Women (NOW). Expanding religious acceptance for gay men and women of faith, the first out gay minister was ordained by the United Church of Christ in 1972. Other gay and lesbian church and synagogue congregations soon followed. Parents and Friends of Lesbians and Gays (PFLAG), formed in 1972, offered family members greater support roles in the gay rights movement. And political action exploded through the National Gay and Lesbian Task Force, the Human Rights Campaign, the election of openly gay and lesbian representatives like Elaine Noble and Barney Frank, and, in 1979, the first march on Washington for gay rights.

Through the 1980s, as the gay male community was decimated by the AIDS epidemic, demands for compassion and medical funding led to renewed coalitions between men and women as well as angry street theatre by groups like AIDS Coalition to Unleash Power (ACT UP) and Queer Nation. Enormous marches on Washington drew as many as 1 million gay rights supporters in 1987 and again in 1993. A different wing of the political rights movement called for an end to military expulsion of gay and lesbian soldiers, with the high-profile case of Col. Margarethe Cammermeyer publicized through a made-for-television movie, “Serving in Silence.”

The patriotism and service of gay men and lesbians in uniform eventually resulted in the uncomfortable compromise “Don’t Ask, Don’t Tell” as an alternative to decades of military witch hunts and dishonorable discharges.

In the later years, the movement grew world over and tremendous results were noted. Netherlands was the first country to allow same sex marriage in 2001. As of 2016, same-sex marriages are also recognized in Sweden, Argentina, Belgium, Iceland, Norway, South Africa, Spain, Portugal, Denmark, Uruguay, Brazil, France, Colombia, New Zealand, Mexico, Israel (though not performed there) and the United States.

In 2003, in the case Lawrence Vs Texas, the Supreme court of the United States struck down sodomy laws in fourteen states, making consensual homosexual sex legal in all 50 states, a significant step forward in LGBT activism and one that had been fought for by activists since the inception of modern LGBT social movements.

From 6 to 9 November 2006, The Yogyakarta principles on application in relation to sexual orientation and gender identity was adopted by an international meeting of 29 specialists. On 22 October 2009, the assembly of the Church of Sweden voted strongly in favour of giving its blessing to homosexual couples, including the use of the term marriage, (“matrimony”).