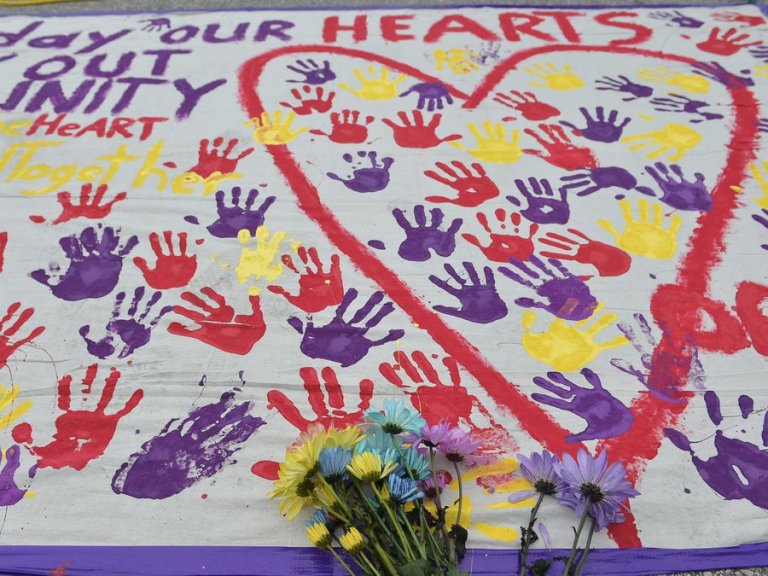 Over the weekend, at least 50 people were killed and more than 50 others wounded when a gunman opened fire and took hostages at a gay nightclub in Orlando, Florida. The shooter, identified by several law enforcement sources as Omar Mateen, 29, was killed in a shootout with law enforcement after a three-hour siege.

As the world tries to digest the unfortunate incident, Kaityln Turner a resident of Minneapolis Minnesota, pens a letter voicing all the questions that are running through our minds. She questions the system, the religions that make it okay to spread such hate and the individuals that play God and cut lives short!

Below, we share her heartfelt missive and hope that someday, such incidents will be history as we all learn to live in peace and harmony.

Something happened in the U.S. last night; I only found out about it this morning. As I sit here typing this email to you, I’m overwhelmed with emotions, too many emotions. I barely know where to begin. In the U.S., June is Pride month. It’s hard to go outside and not see rainbows or signs of support in my city of Minneapolis, Minnesota.

During the entire month of June, businesses are promoting lgbt events and special deals not only to try and gain extra business but to also show support and express that they welcome us; that their establishment is a safe place for us. June is my favorite month not only because it’s Pride month but because it is also my birthday month. My birthday just so happens to coincide with our Pride celebration every year and every year I get exactly what I want from my friends, family, and community. I get their love and support and their happiness. There is so much love in the air. Everyone is happy, smiling and welcoming.

For an entire weekend anyone and everyone feels like they’re a part of your family, like they’ve been a part of your family all along. People have conversations with each other like they’ve known each other for years when they only met them five minutes ago. I live for those conversations. I live for those connections. Those moments are what I value above everything. Our Pride weekend is only a couple of weeks away and every day I get more and more excited for the feelings and experiences that weekend brings to my life and I know it’s just around the corner.

Today I woke up feeling a little more excited than I was than yesterday and then I read the news reports following last night’s events. Another, mass shooting, the largest as of yet in the U.S., has taken place in Orlando, Florida at an lgbt night club. It was deliberately directed toward lgbt individuals, in the name of religion. Fifty people within the lgbt community were killed last night. Another fifty three are in the hospital fighting for their lives right now. All of those people have names, dreams, passions, families, little idiosyncrasies that only those closest to them will ever know about.

I genuinely do not understand how one person can look at another person and not see all of that. How can they look at someone and not imagine the lives they would have touched or changed just by simply existing? How they can look at another person and decide they are wrong for loving someone? Anyone who’s ever experienced any kind of love knows how wonderfully indescribably that feeling can be. I can’t fathom wanting to take that away from anyone. As I continue to sit here writing this, I feel left with only big questions. What is happening? Why are we letting them say high powered rifles more important than our lives? Why are we taking ‘no’ for an answer? Why is your religion more important than others? Why is it not enough to be confident in your own ideology? Why must I be forced to believe what you believe? Why can’t we stand for different things AND stand together? I’ve never been to Orlando and I don’t know any of the people who were there last night, but I do know that to me, those people are my friends and my family.

I want to be there for them. I want to help them. I want to show them that I’ll never stop fighting for them and that I’ll never break. I’ll keep fighting until there’s nothing left of me or there’s nothing left of this bigotry and only time will tell which one will break first. This is also how I feel about my family around the world and that includes you.