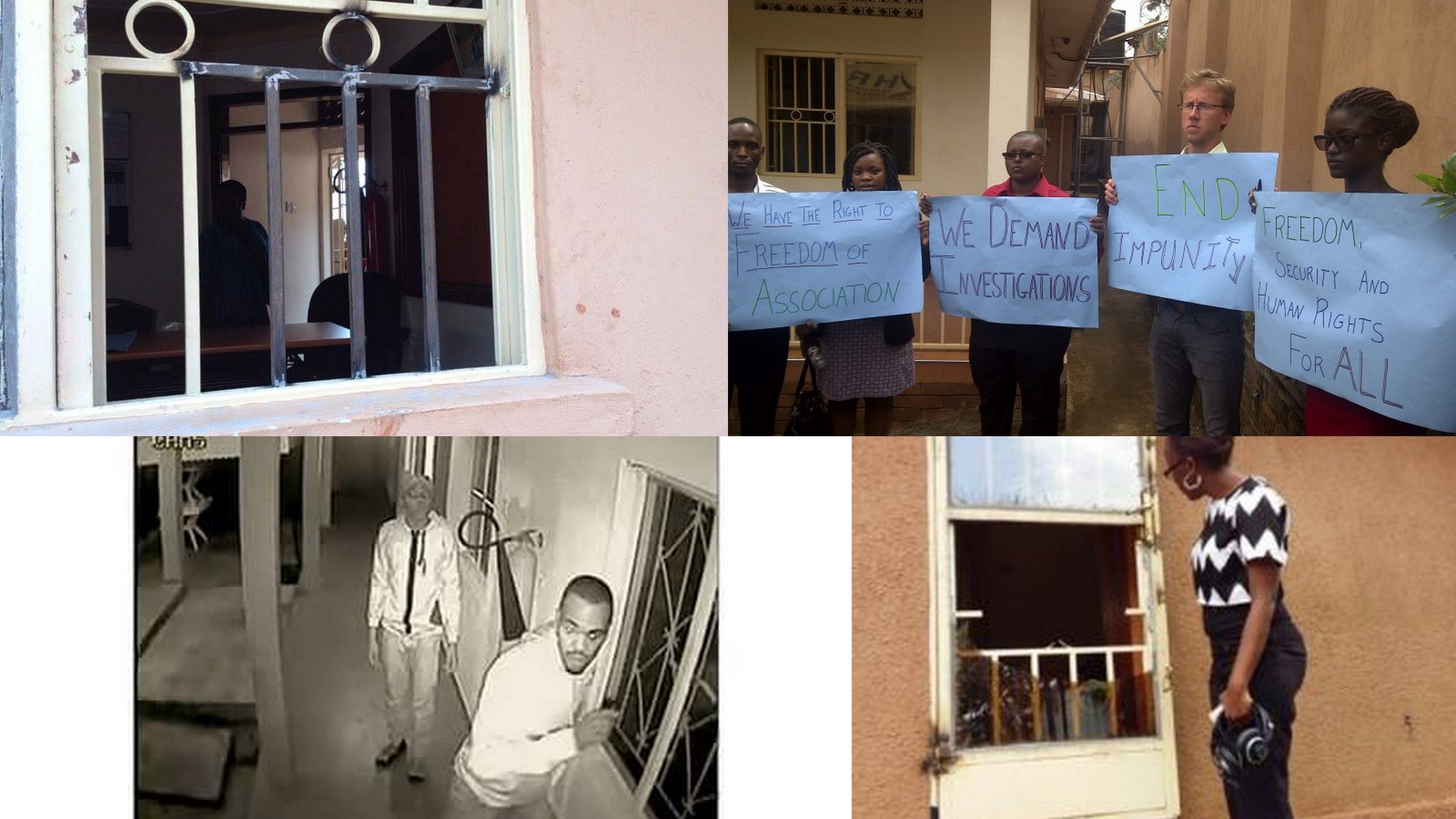 We, the undersigned national and international organizations engaged in various ways in work in Uganda, are writing to express our grave concern about a wave of break-ins targeting offices of Ugandan civil society groups.

We are particularly concerned by the manner in which the Uganda Police Force (UPF) has responded – during investigations, and through public statements – regarding these incidents. Recent break-ins appear to form part of a longer-term, systemic, and worsening pattern of attacks on Ugandan civil society organizations targeting their legitimate and valuable work.

Since September 2012, there have been over two dozen break-ins at NGO offices across Uganda. Private security guards have been killed in the course of two break-ins, registered in July 2015 and May 2016. Documents, electronic data, and other confidential and sensitive information has been stolen in many cases, and indeed, appears to have been the objective in cases where expensive technology was left untouched.

The UPF has so far failed to make consistent, meaningful efforts to fulfill its legal obligations under the constitution and international law to investigate such incidents robustly and ensure prosecutors have the best evidence possible to bring perpetrators to justice.

Each incident has been reported to police in a timely fashion. But police efforts to duly investigate and collect evidence such as witness statements, DNA samples, and closed circuit security footage, have been limited and lacked follow-up. In some cases, the UPF has provided no response to the complainant, or more commonly, no substantive update as to the status of investigations. Recent comments from official UPF spokespersons have provided no reassurance that investigations have been robustly carried out or that police are determined to identify and bring to justice perpetrators. Based on discussions with those affected, we are unaware of any instance among the over two dozen break-ins reported to the UPF since September 2012 in which there has been a successful prosecution for any charge.

Recent attacks on human rights organizations include the following:

Organizations broken into in 2014 included Human Rights Network, the Anti-Corruption Coalition Uganda, the Uganda Land Alliance, Action Group for Health, Human Rights and HIV/Aids, and Lira NGO Forum, all known for undertaking work on sensitive subjects – including corruption, land rights, freedom of expression, and the rights of lesbian, gay, bisexual, transgender and intersex (LGBTI) people – and for voicing criticism of government policies. We recall that you established a committee of eight police officers to investigate the 2014 NGO break-ins; to our knowledge, however, no one has been brought to book.

We call on the police to undertake speedy and thorough investigations in order to bring the perpetrators of these attacks to justice. As a state party to the African Charter on Human and Peoples’ Rights and the International Covenant on Civil and Political Rights, the Ugandan government is obligated to ensure the right to life and the right to liberty and security of the person, as well as the right to freedom of association, which are severely impeded when organizations cannot conduct their work in a safe and secure environment.

States should prevent violations of the rights of defenders under their jurisdiction by taking legal, judicial, administrative and all other measures to ensure the full enjoyment by defenders of their rights; investigating alleged violations; prosecuting alleged perpetrators; and providing defenders with remedies and reparation (A/65/223, para. 34). Examples of actions or omissions which contravene the State´s duty of due diligence include the failure to provide effective protection to defenders at risk who have documented attacks and threats by non-State actors or who have been granted interim protection measures by regional human rights mechanisms (A/65/223, para. 35).[2]

The lack of accountability and persistent impunity for attacks on human rights defenders and their offices sends a message that such attacks are condoned and tolerated by the authorities, which has apparently led to a situation in which attackers are willing to resort to extreme violence, including killing a security guard, in order to accomplish their aims. Ending impunity is essential to ensure a safe and enabling environment for human rights defenders.

We kindly request that you provide us a public statement clarifying these concerns:

We look forward to hearing from you and to further collaboration with you to advance the security, protection and human rights of all, including human rights defenders, in Uganda.