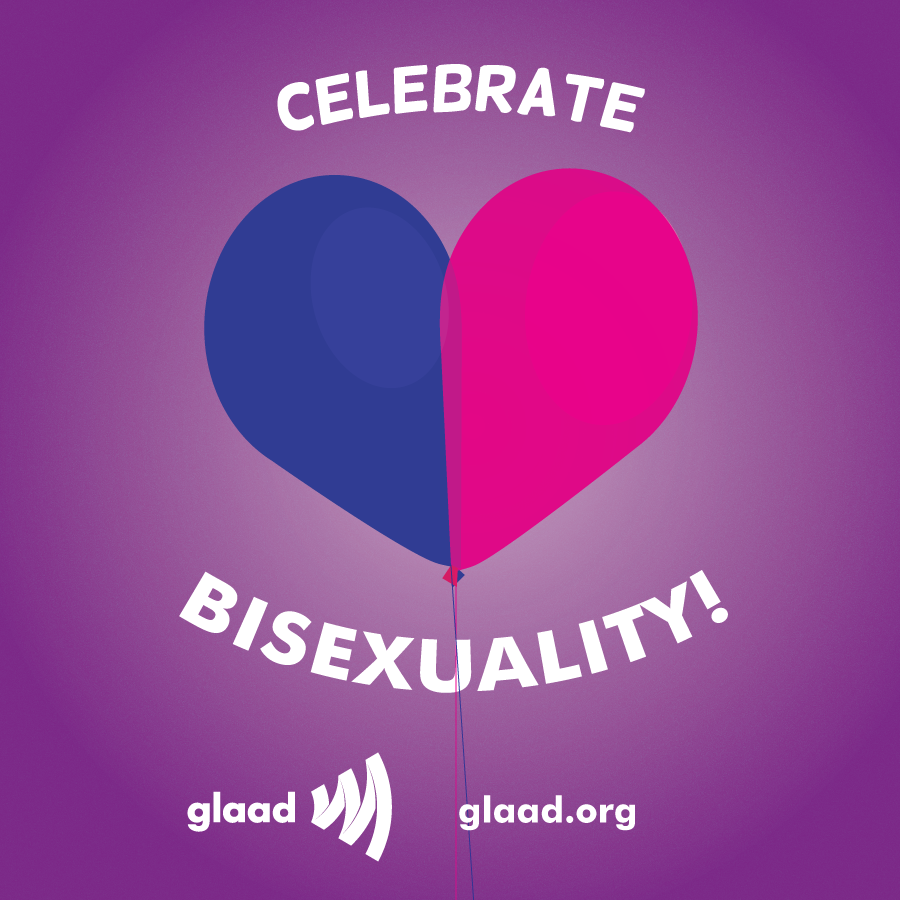 September 23 has been celebrated around the world as Bi Visibility Day or International Celebrate Bisexuality Day since 1999. The day aims to provide a platform to the bisexual community and their supporters and to bring global attention to the social, economic and cultural prejudices and challenges faced by bisexual people.

The day also aims to celebrate the bisexual community, its culture, history and norms. It is also aimed towards bringing more visibility to bisexual persons and the challenges they face in the world because of such identification.

The term bisexuality is mainly used in the context of human attraction to denote romantic or sexual feelings toward both men and women, and the concept is one of the three main classifications of sexual orientation along with heterosexuality and homosexuality, which are each parts of the heterosexual–homosexual continuum. A bisexual identity does not necessarily equate to equal sexual attraction to both sexes; commonly, people who have a distinct but not exclusive sexual preference for one sex over the other also identify themselves as bisexual.

Bisexuality has been observed in various human societies and elsewhere in the animal kingdom throughout recorded history. The term bisexuality, however, like the terms hetero- and homosexuality, was coined in the 19th century.

A Ugandan Bisexual’s Point of View as produced in Bombastic Magazine
If there is one thing I have noticed, it’s the fact that people don’t want to understand bisexuality and it’s not only the heterosexual identifying persons but homosexuals too. People want to believe and know things that they already know, they shut out anything that they don’t understand or already know.

I hear so many people say , “This is who I am attracted to ,this is who I am , it’s my right,” in regards to sexuality and attraction yet this is the same rule that applies to bisexuality, you don’t choose or plan who you are attracted to at a time. I am a free spirited man and do what I want, when and how I want. I have always been against ‘boxing’ myself as well as other persons. Sexuality is fluid in my understanding so I just flow with it. I would like to specify that they don’t have special needs; our needs cut across all groups and identities. All our needs and challenges are only special in the sense that each human being has special unique needs- from health to psychosocial needs.

The existence of boxes is the one problem that remains and hinders the growth of LGBTI persons in Uganda; we cannot have specific programs to cater for each group. That’s not how unity and growth of a movement are fostered. Take a football team for example, we cannot identify each player to special skills, we simply use the entire team to ensure success. So many years ago before the identity boxes were in place or known to us, many trans-men used to identify themselves as lesbians and most trans- women identified as gay men.

People had to first exist in groups given the space and then grow to discover and identify themselves. So instead of sexual / gender labeling, we need to continue to exist in free spaces before we can discover and identify who we are.
The biggest challenge we have faced h o w e v er has been in the health sector mainly disclosure. Most bisexual people don’t know they are bisexual; most are l e s b i a n identifying w o m e n who have to date men for societal approval , or gay men married to women for the same reasons. This has posed several health risks where one has an STI/STD as it becomes difficult to open up to one’s partners about how you got such the infection. This is what has caused many bisexuals to shy away from seeking proper treatment.

Stigma and fear also create a s i t u a t i o n where one may want to seek medical a t t e n t i o n with all their sexual partners and can afford to but it’s not easy to walk into a doctor’s office with more than one sexual partner more so outside o f the gender and sexual n o r m a t i v e .

There is also a problem of people not knowing where they fall. The difficulty with this you are bound to fall out completely. Back then when someone came out and said they were bisexual, it was assumed they were in it for money. Unfortunately, this was also the perception within gay spaces, where the very same gay identifying men who were once told they were in it for money and took offence were now dishing out the same notion to bisexuals.

The same fate was suffered if a bisexual identifying man started to date women, they were judged as gay men camouflaging as straight. While this still happens, society is starting to open up and become more accepting of all identities. With this, we believe that once society comes to a space of acceptance for all LGBTI persons the open minded beings shall be the ones to help even the LGBTI persons to understand themselves and accept all identities.

My dream is a society where all people are merely people without boxes, I dream of a conversation that goes “Hi my name is so and so, lets socialize,” without questions like are you gay, lesbian, bisexual, transgender, Ugandan, Christian or Muslim; these boxes exist to further separate us.