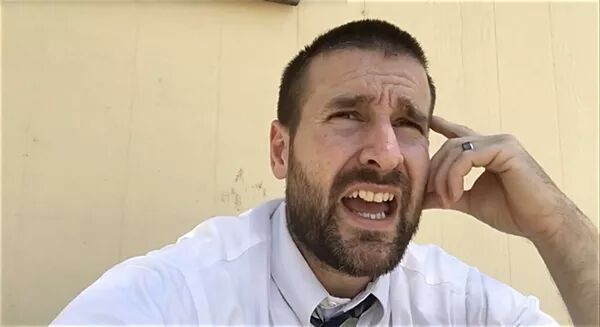 The government of Botswana yesterday announced the deportation of the head Pastor of Ariaona based Faithful Word Baptist Church, Steven Anderson. The President of the South African nation ordered the arrest and immediate deportation of the hate speech preacher after Anderson said gay people deserve to be killed; the pastor said this while giving an interview to a radio station, Gabs in Gabarone.

During the interview, Anderson called for LGBTI persons to be stoned to death and said the Bible barred women from preaching in church. Anderson was picked up from the radio statio by immigration officials and according to the President Ian Khama, was shown out of the country. While announcing the decision to deport the anti gay preacher, Khama said, “We don’t want hate speech in this country. Let him do it in his own country.”

Anderson was last week denied entry into South Africa after pressure was exerted by different LGBTI and civil society organisations, to make sure the pastor did not enter the country to spew his hate. To achieve this, LGBTI rights activists across the country collected more than 60 000 signatures from people opposing Anderson’s visit to the country.

Led by the Lesbians, and Gays of Botswana (LEGABIBO), several activists had initially tried to bar Anderson from entering the country but he was permitted permission to come into Botswana. His deportation now comes as a victory for the growing LGBTI movement in Botswana; and serves as a lesson to other hate preachers that there will be no tolerance to hate speech on Botswana soil.

Anderson has also been denied entry into UK who emphasized that he was forbidden from landing there even for a layover on his way to other countries.