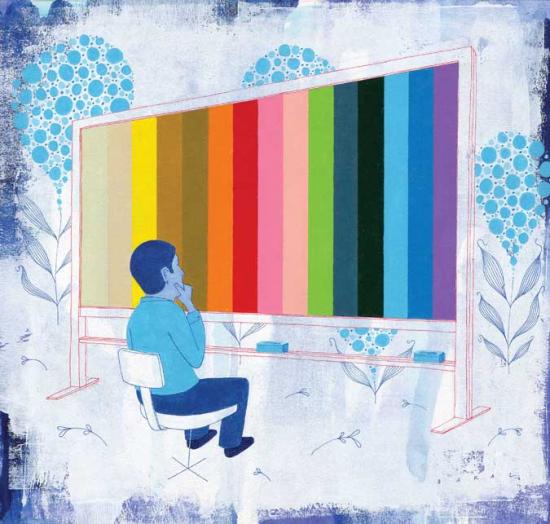 Policy influencers, parents and the general public have all heard it before and it is this very notion that homosexuals are out to recruit their children that has planted not only fear but also hate in the hearts of Ugandans.
“Homosexual recruitment” is a conspiracy theory and/or moral panic spun by some extremely creepy people of the wingnut tendency. It posits that there is a concerted effort by the gay population to place large numbers of gay teachers in schools. Then, drawing from their idea that homosexual tendencies are acquired in youth, it goes on to claim that said gay teachers are there to seduce children and turn them gay.

‘Gays Recruiting in Schools,’ tabloid headlines have so often read and understandably, the nation has panicked. Being fed with the wrong information coupled with lack of education on LGBTI issues has only worked in the favour of anti gay propagandists who continue to push the recruitment agenda down peoples’ throats.

So, who does this recruitment? Apparently homosexual literatuire has been circulated in schools and this is NOT true. The only literature that exists provides the right information on sexuality and gender. It continues to assert the facts- homosexuality is not learnt, you are born heterosexual and I am born gay. Some people are born black and others are white; there is no abnormality to these facts of life. Even then, due to the existing perception towards LGBTI individuals in Uganda, the educative material is NEVER supplied in schools. This is simply to avoid the propagandist jumping on this as an opportunity to claim there is recruitment happening.

Focus has also been put on organisations that work tirelessly to ease the lives of LGBTI people; they claim these are recruitment centres that are funded by the west. It is hard for an LGBTI person, especially those that are out of the closet, to get a job let alone hold down one. Many have dropped out of school, others have been left homeless after being thrown out by their families and the number of medical needs that the LGBTI community experiences are endless-someone has to step up and provide the necessary services lest we lose countless lives.

For these problems to be combarted and the programs enforced, money is needed. Obviously, the Ugandan government still chooses to look the other way and pretend LGBTI people are non existent; the West humbly steps in to help us run what our governemnet should be doing but adamantly refuses. Giving me ARVs, helping me openly talk to a health worker about my needs as a transgender or lesbian etc is no recruitment plan, it is a matter of humanity- helping keep people alive!

The community has at one time asked the anti gay propagandist to produce these recruiters that they talk about and as expected, not even one person was brought forward. With Uganda’s harsh attitude towards homosexuality, one wonders who would brave this recruitment plan and all for what? To be deemed insane, abnormal and unfit to live in society. “My question to the conservative groups is that , in this Ugandan community that is very hostile to LGBT persons can some one recruit today and recruit the next day and they are not caught or even attacked in mob justice,” SMUG ED Dr Frank Mugisha ponders.

To further push this recruitment propaganda, stories have been blown out of proportion and sometimes leaked to homosexuality even whene they are not connected in the very least. Most recently, a novel titled Girls in Love was found in the library of a Primary school in Uganda. The country went up in arms accusing LGBTI persons of trying to lure their chhildren; this was under the assumption that this was a novel about lesbian. However, the novel written by Dame Jacqueline Wilson explores the issues young girls face as they come of age-mainly dating issues.
The novel is narrated by Eleanor Allard, a.k.a. Ellie. The book opens with Ellie’s Family holiday to Wales where she meets a nerdy boy named Dan, Dan falls for Ellie and asks her out but his feelings are not reciprocated and Ellie turns him down. Ellie arrives back at school after the summer holidays to find her best friend, Nadine, has a new boyfriend named Liam, her other friend, Magda, soon asks a boy named Greg out as well. Feeling left out, Ellie lies to her friends about dating Dan and describes him falsely as cool, handsome and 15 years old. Magda and Ellie begin to worry about the pressure Liam is putting on Nadine about sex, but Nadine dismisses their worries and after a fight begins refuses to speak to them. But eventually she forgives them both.

One night on Magda’s birthday the three girls sneak out to a night club called “Seventh Heaven” and it is revealed that Liam was only using Nadine for sex when they meet some other girls that had been Liam’s victims. Liam had planned to break up with her after she ‘put out’ or, had sex with him. At a friend’s party Dan turns up unannounced, and Ellie is mortified. Soon the truth about Dan is revealed to Ellie’s friends; however, when gatecrashers arrive at the party and cause trouble, Dan intervenes and saves the day. To Ellie’s surprise, this impresses Magda and Nadine and causes Ellie to rethink her first impressions of Dan. The book ends with Ellie and Dan’s first kiss in the room.
What this has to do with homosexuality, one wonders! Again, our society lies at the mercy of misinformation, lack of proper information as well as being quick to castigate an already marginalised people.

When asked why most Ugandans very easily believe the recruitment theory spread by anti gay propagandists, Keem Love Black, a transgender activist said, “It is time to stand up and pass on the right information. We need to defend ourselves from such information that has misled a whole country. If we just keep quite when anti gay crusaders come up with lies it will create a lot of hate for the community . We should continue defending our selves from lies and also make it very clear that we are against people who engage young people in sex. We know the difference between standing uop for ourselves and crime; there is no blur despite contrary belief that LGBTI people are ater young people.”

The sassy and headstrong diva, commonly known as Poisonous Ivy had a lot to put across to the people that continue to insinuate threr is a recruitment masterplan in the works. “The recruitment issue is a bigot’s responce to the fact that they do not know anything about the LGBTI commmunity and the people in it. People need to understand that LGBTI people have been part of society for a long time. we have been a marginalised, neglected community. we have been isolated because our love was branded a taboo.

This branding us a taboo makes most people afraid even of mentioning the word gay to themselves. It breeds a sense of fear and this fear and ignorance of LGBTI issues was exploited by American evangelicals to spread the gosple of the “gay agenda” which was directed at demonising and dehuminising the LGBTI community. And what better way to do that than to invoke the most primal form of love, parental love. The parents became the ultimate target group for this rhetoric and in them they instilled fear and ill bred thoughts of gay people.

Reeling off for this topic for a bit, we should remember that this isnt the first time parents of little children have been used as a target to destroy people, careers whether in politics, entertainment or social life. case in point, Micheal Jackson was accused of molesting children simply because they knew that all parents would definately hate him. Dr Kiiza Besigye was accused of raping a house maid, just so that all people could hate him…they wanted all parents to picture these men forcing themselves of underprivileged under age children and destroying their future. Given that in our African culture, parents invest in educating their children as a form of security for their old age, they are snapped easily by anyone who attempts to stand in the way of their child’s bright future..and ultimately, their own future. The religious leaders were cunning enough to run campaigns to the parents, teachers and everyone who had a stake in a child’s educational success. And hence packaged this conspiracy theory in form of “The Gay Agenda” “the gay agenda” doesnt exist! it a a myth,” Ivy explained.

“Lets put it in this way, being gay is one of the hardest things to be on earth, especially in a country like ours. To live life as a gay man is as challenging as living life as a leper because you a constant outcast in society. No one, absolutely no one wants to be an out cast; to be constantly judged unfairly, to be blamed for every attrocity, to be constantly in fear of being outed and hated, to have to bottle up your feelings of love, to be degraded by every aspect of society, to be labeled unfit for any kind of employment, to be condemned to death by the masses for no reason, to be a scapegoat for every politicians failure to deliver, to be branded satanic and constanly be told you have no place in Heaven….the list is endless. No amount of money can make anyone choose a life like that.

we also have to put into perspective that being gay isnt a life style, its not something we wake up and choose to be, its not a robe we put on and theres no switch that can be flipped to make someone gay or straight. we are born this way. all parents of LGBTI children should know that the real enemy is not your child, the real enemy is the one that tries to make you hate your child,” Ivy continued.

While this doesnot completely encompass the issue, it sheds light on the feelings of the very people that are continously accused of recruiting children into homosexuality. You are proud to be heterosexual, please let us be proud of being us!