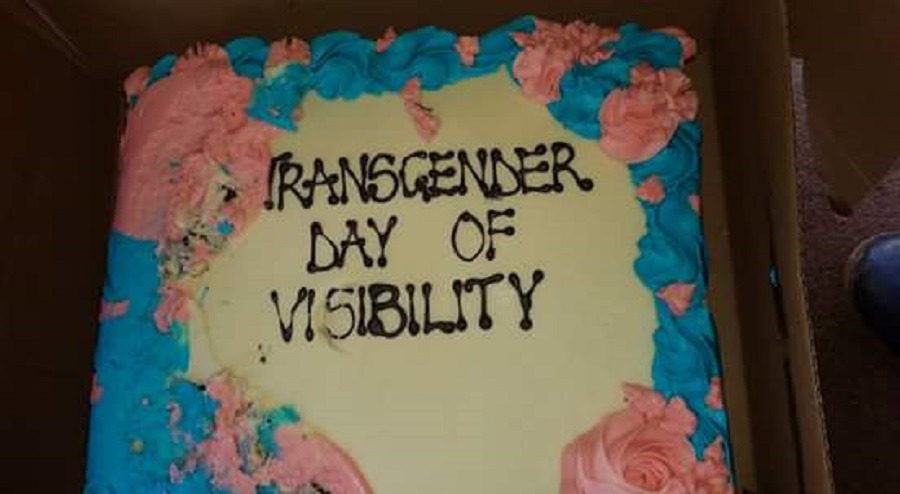 Annually, 31st March is International Transgender Day of Visibility- a day dedicated to celebrating transgender persons and raising awareness about the discrimination and difficulties faced by transgender people worldwide.

The Uganda transgender fraternity this year joined the rest of the world to commemorate TDOV. Transgender Equality Uganda (TEU) a Uganda based organization that advocates for the rights of transgender women and transgender sex workers celebrated this day with a community outreach at a special educational needs school. They soap, books, cooking oil, food; the outreach was supported by the American Jewish World Service(AJWS)

Tranz Network Uganda (TNU) a coalition of transgender organizations in Uganda also celebrated TDOV2018 with a get together function that over one hundred trains persons and their allies gather. It was a day of entertainment, experience sharing, praising and sensitization on HIV.

Apako Williams, the coordinator for TNU called for unity amongst the transgender community in Uganda. He also encouraged those present to make use of the network secretariat since they are there to serve them. During the event, a recently premiered trans-focused documentary by East African Visual Artists was screened.

In Uganda and other parts of the African continent, many are still grappling with what it means to be a trans person and majority still lack access to the right information- in fact many don’t differentiate between sexual orientation and gender identity.