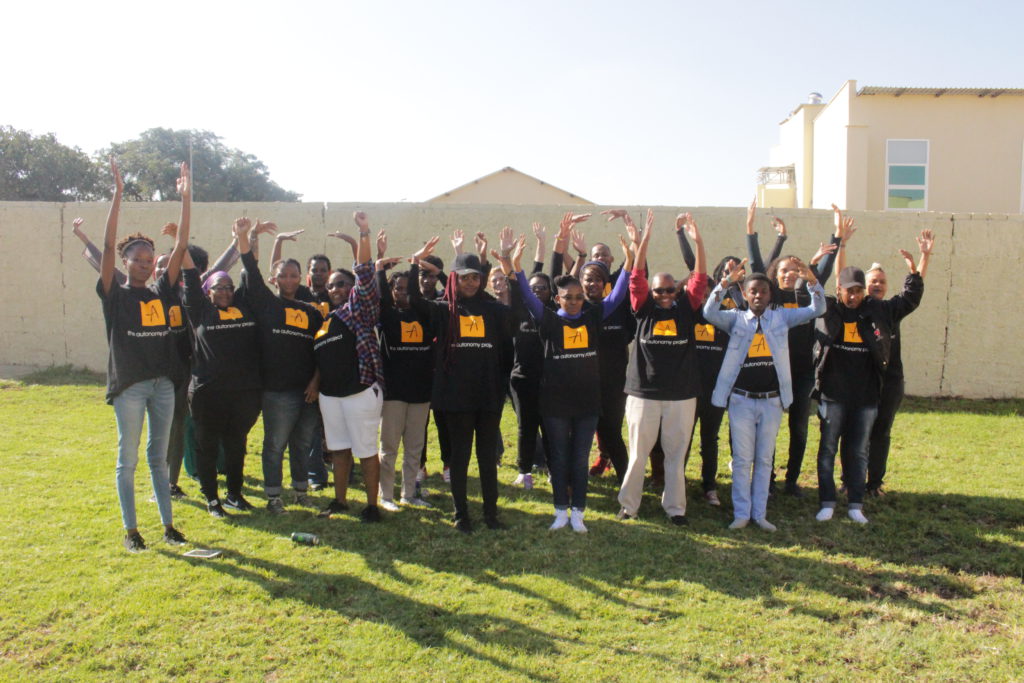 The Coalition of African Lesbians (CAL) is a feminist and Pan Africanist network based in Johannesburg- South Africa with a mission to promote freedom, justice and bodily autonomy not only for lesbians but all women in the Africa and all over the world. It was founded by 50 activists at the Sex and Secrecy Conference that was held in Johannesburg by the International Association for the Study of Sexuality, Culture and Society in 2003. The Director is Dawn Cavanagh  who is a South African feminist, activist and Pan Africanist since 2010. Today, with 14 organizations in 11 countries under her umbrella all over Sub Saharan Africa, the scope of work by the coalition varies from advocacy, campaigns, strengthening the capacities of the member organizations to special projects for key populations, human rights defenders and women’s health. (www.cal.org.za).

On 8th August 2018, CAL was hit by a heavy blow when the African Commission on Human and People Rights (ACHPR) revoked her observer status during the African Union (AU) Summit held in Mauritania. This decision was made a month after CAL had won her battle of 7 years in a bid to attain the observer status at the ACHPR through a wide aggressive African campaign. The revocation of CAL’s observer status was communicated through a letter from the ACHPR Secretariat. The reason given for this demise was CAL’s lack of compliance with the Executive Council of the AU decisions of 2016 and 2018. It’s not the first time the coalition has been rejected by the ACHPR after continuous frustration from AU. According to the Institute for Security Studies (7th September 2018), during the African Union (AU) Summit in 2010, CAL’s observer status was denied after a delay in acceptance of their application since 2008. The ACPHR faced a tough decision to recognise CAL as it was alleged that CAL didn’t promote nor protect human rights as per the African Charter even though it met the criteria for the observer status desired for any human rights NGO to take part in the commission proceedings. It was not until 2015 that another application sent by CAL in 2014 was finally approved. Since then, the AU Executive Council mounted pressure on the ACHPR to drop CAL insisting that the ACHPR should consider “the fundamental African values, identity and good tradition thus withdraw the observer status granted to NGOs who may attempt to impose values contrary to African values.” (Daily Maverick, 7th September 2018). After all the futile efforts made by AU to push for the withdrawal of CAL from the list of observers in the ACHPR, it finally succeeded.

Besides homosexuality, the drop of CAL’s observer status is a demonstration of patriarchy and misogyny by the leaders of African countries. Donna A.M. Smith, CAL’s Director of Development stated that “The withdrawal of CAL’s observer status exemplifies the backlash that women and LGBTQI movements are facing on the continent in their work for the recognition of issues of autonomy, sexuality and gender in the human rights framework as well as persistent attacks on their rights to freedom of expression and association.” The ACPHR has been initially criticised for its selective stance on the protection of human rights. Even though it is independent, there were chances that the AU would temporarily suspend its activities by withholding funding had it not heed to the force by the AU to revoke CAL’s observer status. (www.cal.org.za).

The ACHPR should be responsible for the preservation of human and people’s rights in Africa. The AU must allow the commission to create an open space where all human rights issues can freely be debated and discussed instead of those that member states reckon are politically relatable which will be crucial to the effectiveness of the ACHPR. CAL should be credited for always using her status on this forum to present human rights violations widely experienced by all women and sexual minorities. So its withdrawal indicates the exclusion of African women from human rights’ platforms which shows the selection of “politically approved rights” over others.