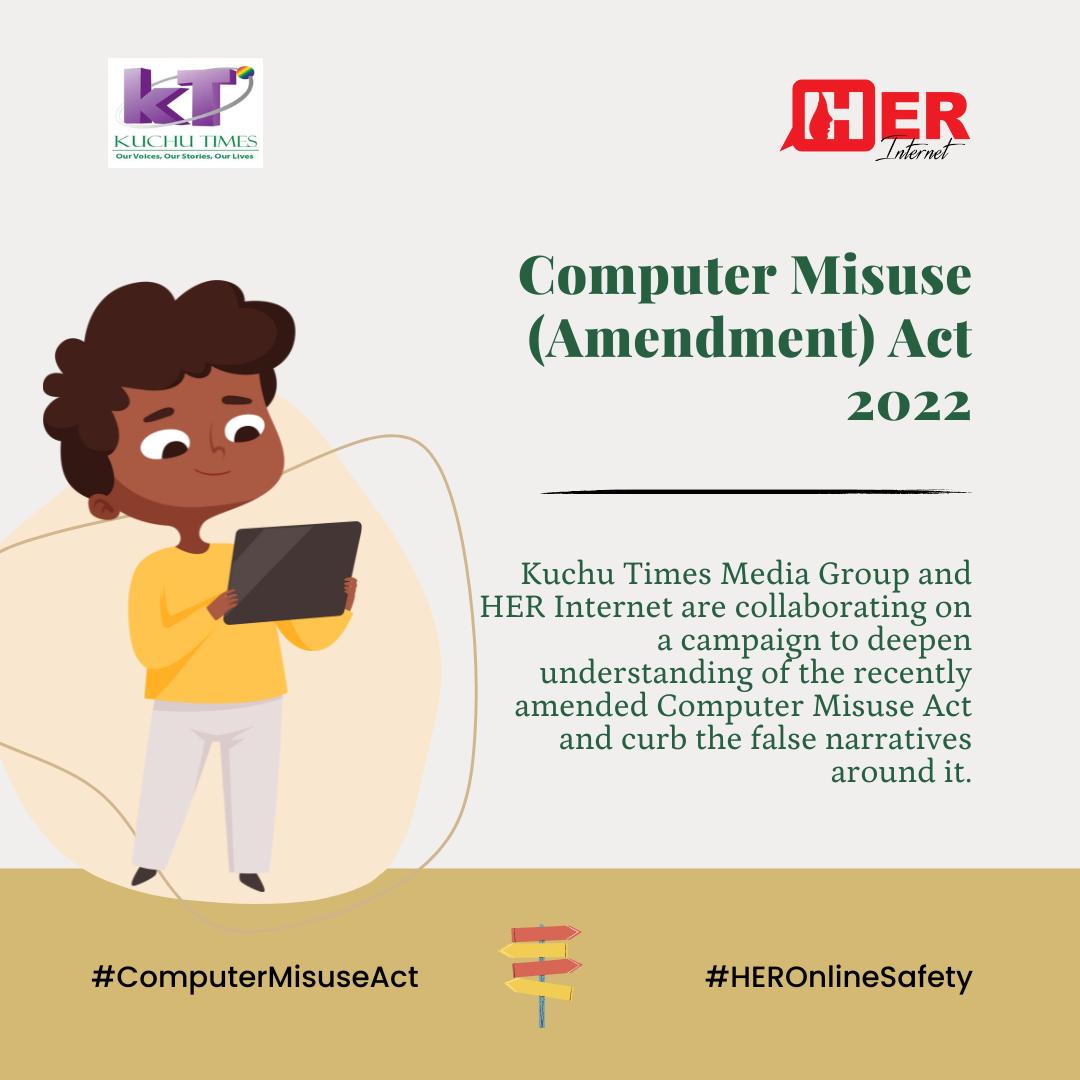 On Thursday, 13th October, 2022, the President of the Republic of Uganda assented four bills into law one of those laws being the Computer Misuse (Amendment) Act, 2022.

This was met by mass panic from the public to the extent that misinformation and disinformation has already been vastly shared. As per the norm, the introduction of new laws usually fosters discrimination of already marginalized groups. Kuchu Times Media Group in partnership with HER Internet is running a weeklong campaign to educate the sexual and gender minority community of Uganda about the Computer Misuse (Amendment) Act, 2022. HER Internet with expertise in digital security has gone over the amendment highlighting the key points to note, points that are susceptible to misinterpretation and also share clauses from the law that are notably in favor of the masses. Kuchu Times Media Group as the dissemination partner of this campaign will ensure that this information reaches a wide audience of the sexual and gender minority community.

The purpose of this #DYK campaign is to raise awareness on the amendment of the act so as sexual and gender minority communities are not found at the wrong end of the law. We also aim to clear some misinformation and disinformation that has been spread which has raised a lot of online insecurity and further curtailed freedom of speech of structurally silenced groups. We believe that as minority groups, the internet plays a big role in advancing our advocacy; this campaign is aimed ensuring the continuity of this advocacy.

Security should be guaranteed both offline and online!
Please share and retweet to spread the word.
#computermisuseact