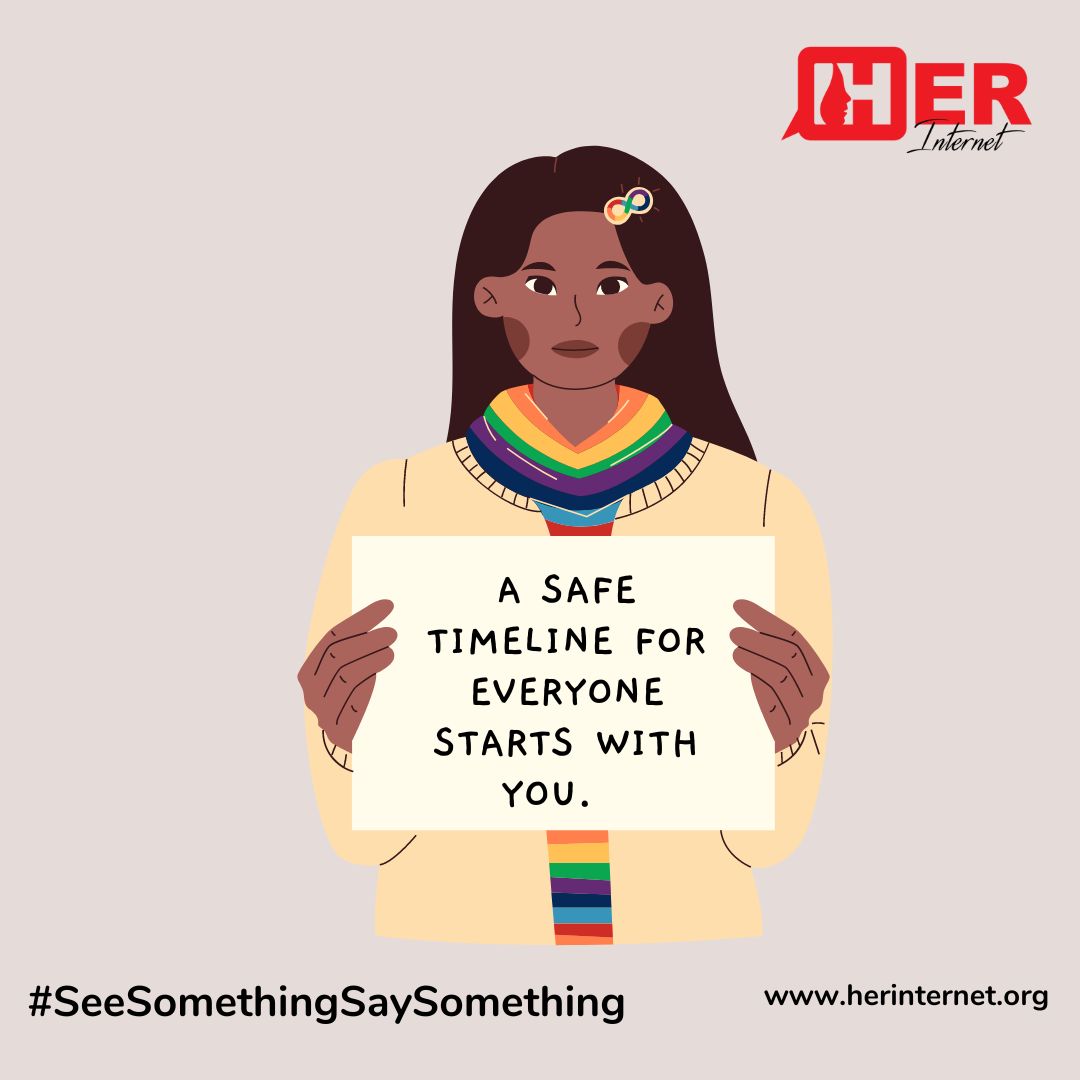 As HER Internet concludes their two-month long Digital Rights Advocacy campaign to build awareness on their digital right to freedom of speech and expression the creation of safe spaces for expression for all online, they have called for all stakeholders to speak with a united voice and do their part to create a free and safe internet. The campaign, run via their social media platforms with funding from Internews under the hashtags#SpeakFreelyTypeFreelyand #SeeSomethingSaySomethingUG, has built awareness on the importance of creating free and safe spaces for structurally marginalized womxn and the barriers encountered in making this a reality.

To further the campaign, HER Internet organized a physical space bringing together stakeholders under the theme “Understanding the Digital Right to Freedom of Expression: Opportunities and Limitations for Structurally Silenced Womxn” where the Founder and Executive Director at HER Internet, Sandra Kwikiriza,emphasized the importance of collective organization to protect the digital right to freedom of expression.
“What is important is that we must use our collective power to create an online environment that is safe for all of us regardless of our differences in gender, sexuality, choice of work or disability,” Ms. Kwikiriza said.
A key theme emerging from the stakeholders meeting was the key tension between advocating for the digital right to freedom of expression and stemming online violence – sometimes, freedom of expression can come at the expense of the safety of marginalized people online, further othering them.

Alaine Kesh, one of the panelists shared, “I thought I was bringing in all this visibility and I’m showing them: “Yes! Whatever! No matter, we are there!” But the question was simple: what you trust because it’s going to come with an impact,” when talking about the real costs of expressing herself freely online.
To broaden the conversation around the emerging theme from the physical space, HER Internet hosted a Twitter Space on 09th December 2022 titled “Navigating the tension between digital freedom of expression and stemming online violence: How do we then build a consensus?”.

The Twitter Space generated rich insights from the speakers on how marginalized womxn are navigating the tensions around advocating for a free internet for all, while mitigating online violence that is often targeting them.
Deborah Leticia Akumu, a public health specialist, female sex worker, queer feminist and one of the speakers shared that this conversation is particularly critical at this time because marginalized womxn find it difficult to create safe spaces online and the time has come when their safety is prioritized.
“We lack safe spaces online. I’ve been in some of the Twitter spaces where people have been organizing and we have had intruders coming in to get our information to hear how Leticia introduces herself because they have seen a poster that says Leticia is a Queer woman ,is an sex worker, things of that nature and we lack safe spaces. I am happy that we are trying to build that momentum to make sure that online spaces are very safe for silenced womxn,” she adds.
Monalisa Akintole, a feminist, Transgender Human Rights Practitioner, and speaker on the Twitter Space, also highlighted the lack of awareness around how gender based violence manifests online, tying into the on-going global 16 Days of Activism against gender-based violence.

“We are raising the alarm around gender-based violence and the forms that he takes on online. So this could come in a sense of educating people around what violence is because you’d be surprised that sometimes what we feel like is normal is not normal; thatpeople think they know but they actually don’t know,” Ms. Akintole explains.
One of the key issues raised was the role of laws and policies in bridging the gap between creating a free and a safe internet for all, especially for marginalized womxn. Samantha Ainembabazi, the Editor at Kuchu Times Media Group and one of the speakers shared that laws like Computer Misuse Act and the accompanying Amendment are good on paper, but history shows that these laws can be wielded against the very people they were meant to protect because they are vague and subject to misinterpretation.

“I would say that unfortunately as law in Uganda goes, its cons still outweigh its pros. But if we have a voice, if we read and we all learn because most of the times what happens is we do not know what we’re dealing with. We don’t know the laws and so people can easily use them against us. If we actually do go back and read…we can navigate the Internet safely,” shares Ms. Ainembabazi.
Ms Cecilia Maundu, a digital security trainer and broadcast journalist in Kenya also shared how beyond the campaign period, people can continue to raise awareness on creating a free and safe internet by using the same hashtag #SeeSomethingSaySomething to speak up when people especially minority groups are being violated online.
“We who are online, we can be able to create that safe space. It is not a dream, it’s not a pipe dream. It’s actually a dream that can be realized. But for that dream to be realized, so many voices are needed, so many critical voices are needed, and there is no smaller voice. Just because you do not have 100,000 followers does not make you feel, does not make you less, you know, a person who can make a change,” says Ms. Maundu.