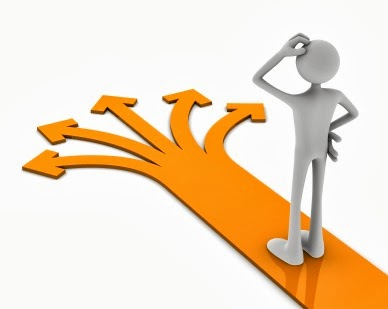 Hi, please accept my apologies for not using my real fb account am kinda scared of the reactions and Wat am seeing now in Uganda ‘abantu babya banabwe ku social networks’ that’s y I had to create a new fb account which is not known well.
Back to the main point. I would like to get some Advice from you and your Facebook family.

Am a male Ugandan aged 22 years now, I will be 23 in May this year. my problem is Am GAY or am a Fag I have been living like this for 18 years now. I love my mum so much but she doesn’t know that I love guys.

How did I get to know that I was different from everybody? It all started when I was in P. 2 I think that was 1999 when we were playing football and I saw my friend naked (boy) it changed me and I thought to myself that I was going to marry him ,by then I had no idea that it was illegal to have sex with the same sex until when I reached P.7 in 2004.

So I had to fight this feeling I had of loving my same sex, I started sitting with girls so that I can be attracted to them .years went down the road upto s.3 that’s when I managed to date a girl cos the guy I had a crush on they where tight buddies and he told me I should date her. I was shy at first but cos I was a prefect I managed to be with her for three years and the day I had sex with her is the day I last saw her that was when I was in S.5.

She was beautiful and caring but I was feeling nothing towards her so I never said goodbye and I left in 2010 when I was finishing my High school I got guts of vibing a boy and I got him he was my first cut we did everything secretly but he was still in S.3 and I was leaving that’s how I lost him. By then I had know phone cos my Daddy he’s the most toughest guy on this planet. And I started to use a phone in my S.6 vacation.

One day I went in a cafe to know how homosexuality can be prevented cos I had started to feel that I was the most disgusting person in my friends. Cos that year I suffered a lot cos of my adolescence I could move at night to my cousin’s bed and hold his dick,it made me feel better but one day he caught me and he scared to report me to mum since then I got sick and tired of this gay lifestyle. I wanted to die cos I knew I was bone alone like this and people were spitting shit on gays. That day in the cafe I tried to check all the website about homosex and I learnt a lot but I didn’t know that was the beginning of the new gay life am living in update.

I met one guy from South Africa on one of the gay sites he was 27 by then and he told me I wasn’t alone in Uganda so he told me to open up a Facebook account and I send him a request. I did the way he told me and after one week I had over 300 gay friends and 100 where from Kampala. i was so happy as in real happy cos I thought I was born again and I felt good that I had people who knew my biggest secret. That’s when I got my first official boyfriend in my first year at Muk that was late 2011. But in 2012 I found out that the lady i called my mum was not my biological mother. I faced my Dad alone and I asked him who my mum was and he told me that there was no one that the woman who carried me for the 9 months died during labor.

Munange that was the beginning of my suffering cos I was so mad and decided to leave home for a while so I went and stayed with my boyfriend, I changed my line and never communicated to my family for 9 months but after my first year I went back home and mum was happy but Dad wasn’t. Months later dad fell sick and left his good job yet all of us we were depending on him. Mind you our family is a Nuclear family we have relatives but they could be a big problem to my Dad in terms of finance so he had to cut them off and the black days of our lives begun.

I didn’t continue my degree so I resolved to looking for a job that’s when I got a chance to travel to Dubai. Apparently am living here now. To cut the story short I broke up with my boyfriend before I came abroad cos of unfaithfulness.

But now I have a new guy in Dubai he loves me and cares a lot but he wants to introduce me to his family they are Europeans living here in DXB and that after we go to Kampala and I do the same. I have showed him the news about gays in Kampala that am in closet no one knows that am gay but is insisting that if I love him God will protect us from anything bad. I don’t want to lose him cos with him my future is bright and I wanted cos he’s ambitious and creative. If you can post it on your wall it’s cool or if you think it will cause chaos to your followers you can Advise me from here. Sorry for along story but I need help, My problem is my boyfriend wants me to introduce him to my family but I can’t take him simply because I’m still in closet am “not an open gay” so I want to know what I should tell this guy to convince him to not to go to my family. Or should I proceed with the plan but am scared of losing some of my family who won’t accept us.