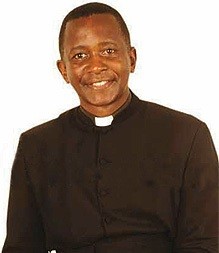 Father Anthony Musaala, the Cleric Accused of being Gay Ready to Bid Farewell to Priesthood

Controversial Catholic priest Fr. Anthony Musaala who was suspended from the church two years ago, has spoken out and seems to have resigned himself to fate. The priest who hinted at accepting that his calling to priesthood might have come to an involuntary end got in trouble after penning a missive that exposed the sexual decadence within the Catholic Church.

Over two years ago, the church was shaken by the letter that the already divisive priest released to the world. Less than a week later on March 19th 2013 later, the top leadership in the Catholic Church resolved to suspend him indefinitely but with the elapse of two years and not being called back to ministry, Father Musaala has now decided to look for another calling.

Not new to controversy, rumours that Fr Musaala was gay started swirling way back in 2009, but he fervently denied the stories and claimed the accusations were meant to taint his image. Also known for his love for music, and nicknamed the dancing priest, Father Musaala has won several gospel music awards.

In the wake of his suspension, he spoke out and explained his reasons for writing the lethal letter- he was frustrated by all the accusations made against him in regard to his sexuality and wanted to expose the rot within the very church that was pointing fingers at him.

“The Archbishop would gently remind me of all the allegations of homosexuality made against me in 2009, and according to him still being made! One key reason I had to speak up was because of the subtle blackmail I was undergoing at the hands of the church,” The troubled Priest revealed to a renowned blogger a few days after his letter went viral.

Throughout his ordeals, the troubled priest has received massive support from the LGBTI community which he has continuously supported, unlike most clergy in the homophobic country of Uganda. Below is the full statement, as penned by Father Musaala on his facebook timeline, insinuating he was ready to put his priesthood behind him and move on to a new calling.

“I was never a ”model” priest, though some may think so. I don’t think I could stand in the ranks of Msg Ngobya or even our beloved Cardinal Wamala, who are unimpeachable. If I was ever a priest at all, it was by what I would call an ”accidental grace” . Priesthood is not a possession to desperately cling to, but a gift. You receive the gift of priesthood so you can give it back to others completely. This I tried to do until it was no longer possible…My indefinite suspension after two years, looks as indefinite as ever. So be it. Lets pray for another gift from God’s rich store, who knows, it might exceed that of a priesthood which for twenty years, kept me sort of focused. Priesthood and I may have to part ways…in the nicest possible way of course. Early retirement rather than resignation is what seems to be in the offing. And if Popes can retire well……….”