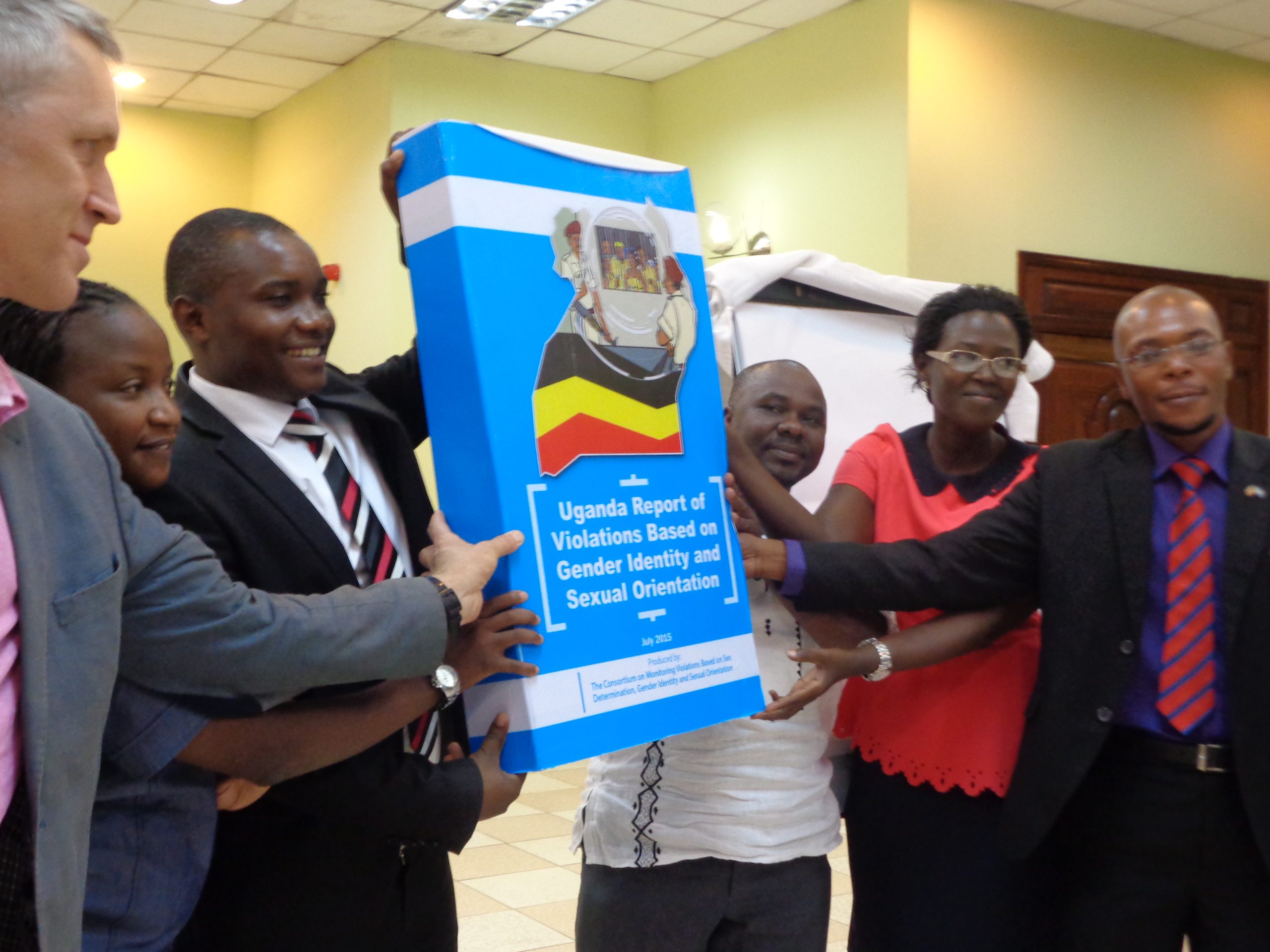 On the 23rd of July 2015 the Uganda Consortium on Monitoring Violations Based on Sex Determination launched its 2015 report on violations based on gender identity and sexual orientation at Imperial Royale Kampala. The launch was attended by dignitaries   from different diplomatic missions and members of the civil society.

The report was motivated by the conviction that no violations of rights or dignity based upon an individual’s actual or perceived sex, gender identity and sexual orientation should go undocumented or acknowledged and covers the period of 2014.

The consortium that worked on this report is a body of organizations engaged in the documentation of violations of the rights of LGBTI persons in Uganda whose members include Human Rights Awareness and Promotion Forum (HRAPF), Rainbow Health Foundation Mbarara (RHFM) andSupport Initiative for people with Congenital Disorders (SIPD) with technical support from Bentech observed by Civil Society Coalition on Human Rights and Constitutional Law (CSCHRCL).

Mr.Mwebaza the Consortium Coordinator said that the sole purpose of the report  was to build capacity of LGBTI organizations in Uganda to document these violations and collaboratively work together to produce a periodic review  on these violations.

The report verified and documented 89 cases with violations of LGBTI rights in Uganda and out of these, 47 were perpetrated by state actors and 42 by non-state actors.   36 of these were arbitrary arrests, 18 persons were held in detention for over 48 hours, 2 people were kept in detention for 21 days. The Uganda police force in most cases participated in the violations of the rights of LGBT persons. However, there were some instances where the police protected the rights of LGBTI people in the year 2014. The passing of the Anti-Homosexuality Act fueled violations and abuses of rights of LGBTI people in Uganda in the year 2014.

The consortium also amongst its findings, it was discovered that transgender persons were detained in cells of persons of opposite gender identity which led to abuse of their dignity. It further stressed  that LGBTI were forced to do medical exams and in some instances their results were revealed to the media. More so there was increased mob justice against members of these sexual minorities by public individuals, some members of the LGBTI community were rejected by their families due to various media outings of LGBTI persons by some media houses.

Mr.Juuko the Executive Director of HRAPF applauded the Uganda police for protecting LGBTI people in the period of 2014.

Fridah Mutesi the legal officer at HRAPF read the recommendations calling upon the state to work with the civil society to put to an end on the violations; she also called upon the Ugandan media to stop sensational reporting which has propelled many of these violations and to avoid using LGBTI issues as a way of making money.

The recommendations were made to the Uganda Police, Uganda Human Rights Commission , Members ofPparliament ,  Uganda Law Reform Commission, the President of Uganda,  Ministry of Health, the National  Human Rights Organizations and the allies.