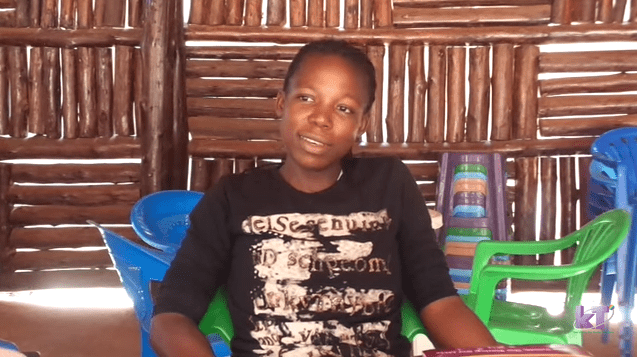 Sitting across from Jay Mulucha, I never would have guessed his history had he not been very open about his life. Formerly Jackie, Jay is a transman who is still in transition but has embraced all things male and is not shy to talk about his past.

Growing up, Jay preferred to spend time running around with his brothers instead of playing with dolls and doing girly things. When he did engage in games with the girls, he made sure he played the part of ‘daddy’ in the infamous mummy and daddy game.

He now reminisces about a time when he asked his mother why his older brother stood while passing urine and he had to squat. Confused, his mother gently explained that only boys could urinate while standing but in his young mind, the then Jackie made up his mind that he would train persistently till he figured out the art of peeing like a boy.

In 2009, he met a group of people attached to Freedom and Roam Uganda (FARUG), one of the first LBT organisations in Uganda and there realized he was neither abnormal nor alone in the struggle to find himself. The following year, FARUG offered him the position of Communications Manager, an opportunity that ushered him into the LGTBI movement.

At the time, Jay was involved in several activities that ended up with him appearing in the media. His family shocked to find out he was a transman, called an emergency meeting in the hope of finding a solution to put a stop to his insanity.

While the rest of his family has still not fully come around, his youngest sister looks up to him and has embraced the fact that his gender identity does not make Jay an outsider and is no reason for the family to ex communicate him. He also has a reasonable relationship with his mother although he knows and hopes it can be better.

Being an ardent sportsperson, Jay has lost many opportunities due to his gender identity; he was first spotted by a university that offered a scholarship and chance to play on their team, but all that was revoked as soon as the administration got wind of his gender identity.

The Federation of Ugandan Basketball Association (FUBA) has been one of Jay’s biggest hindrances as far as sports is concerned. On top of being a star basketballer, Jay is a qualified coach and referee but his certificates in the two latter fields are as good as useless because they were disqualified on grounds of his gender.

His chance of being on the national team was also squashed for the same reasons even though his talent is undeniable.

Because of his love for the game of basketball, Jay has had to settle for playing in the women’s league with Magic Stormers rather than letting the game go altogether. His new team is accepting of who he is and has been supportive although the majority of the basket fraternity is yet to come around.

Although he has not pursued legal redress, Jay hopes that sharing his story is a starting point and will continue to advocate for his rights. Together with other transgender people who are active in sports, Jay plans to start various activities to raise awareness about trans issues in the sports fraternity.

Jay also says one of the biggest challenges of trans people in Uganda is not having the resources to go through full transition; hormones are expensive and access to them and other vital materials like binders is difficult. In fact he shares that several people have experienced difficulties in the process and hopes one day, all this will be rectified.

Embedded is the full sit-down interview with the incredible and courageous Jay Mulucha: