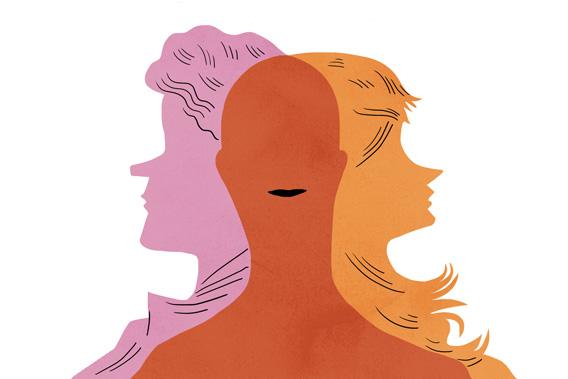 Jack was born on 25 December; the first bundle of joy that arrived for Mr. &Mrs Magezi as they celebrated their first year of holy matrimony. Jack born male, to his African rooted family was an heir; he was a double edged sword joy to his family.

Throughout his growth as raised by his amateur parents, Jack didn’t confer to the sex stereotypes society defined for him. He didn’t like the boyish toys; he was comfortable playing with girls in the neighborhood; playing with their toys, wearing their dresses, occasionally wearing his mother’s make up too.

As Jack got older, he seldom conflicted with his behavior amongst his peers; he was often bullied for acting like a girl, laughed at and discriminated against.  Consequently Mr. Magezi used to roar at Jack insulting him and referring to him as a useless man who would not be able to marry a girl and give birth to children. He however blamed it on Jack’s mother who he felt was teaching Jack motherly roles than grooming him into a man like himself. It was visually evident that Jack was a transgender girl; a sexual identity unknown and unacceptable to his family or society.

Transgender means someone whose gender differs from the one he/she was born as.  There is a great conflict between transgender persons and the society; their gender expressions usually collide with society’s expectations.  As such over 17, 000 transgender persons have been unlawfully killed in the last seven years; that is not all,  over 10 transgender teens have committed suicide!

Can someone position themselves in Jack or Alcorn’s shoes? Society enslaves people to being sexually caged yet harasses those who don’t fit in those boxes.  The Bible in Romans 2:1 asks us not to pass judgment alas we risk despising God’s kindness, tolerance& patience. Where has the tolerance and patience gone? Why have our hearts fallen short of humanity values? Who has granted us the authority to pass judgment& perish lives of God’s people?

In instances when your son is less of what society defines as a man or does not confer to  the norms of what society defines for a man, does he become less of a child? How about our parental role of nurturing all `children God blesses us with! The left hander, the squinted eyed, hydrocephalus children, the albinos, mentally incapacitated children, those whose spinal cords can’t support their posture plus all other possible challenges. Transgender children too are children born with sexuality challenges.

Most families are negligent to these children, often referring to them as curses, treating them to therapeutical lessons trying to correct them. Transgender children have occasionally been disowned consequently committing suicide due to depression. Those who have successfully maneuvered through are discriminated against, live in hiding& never get jobs to earn a living.

Jack had several suicide attempts before he finally decided to fully transition to Jackie; the girl he longed to be amidst hate and rejection from his friends, family and church. His happiness isn’t respected yet his enslavement is rejoiced. Often times transgender persons undergo hormonal therapy and sex reaffirming to come to terms with the genders of their preference, however, this is highly questioned.

Caitlyn Jenner a strong transwoman icon has faced a tide; to some Christian fundamentalists her transition is sheer blasphemy, yet to some cultures is totally unacceptable. It holds some water to regard Caitlyn’s transition as disrespect or blasphemy to God but Bruce Jenner on the outside looked happy; a gold medalist and a happily married man but this happiness didn’t last. Coming out & fully transitioning was a painful journey! So why do individuals sentence themselves to such pain and shame? It is hard to live in a man’s body trapped in a woman’s body. It is not therefore not about being ridiculous or lack of respect for God.

On the other hand, what happens when a child is born with squinted eyes! Some people accept the squints and smile about them but how about those who correct the squints to normal eyes! So when a child has squints do we blame God for making an error while creating him/her? Do parents abandon such a child? God doesn’t make mistakes but we have oftenly seen women with beads, men with soft voices& we haven’t alarmed at this. So why have we neglected our children who don’t fall into the cages we have restricted our sexual identities to?

We need to help these children to grow to full their potential despite their differences. Parents need to step in to run through these children’s shoes, to support them as they transition for life is too short to live it miserably trying to please society. We must come to reality with matters that affect us as humans especially when they affect the minority groups despite our religious fundamentals and culture.  Neglecting these children by their parents renders parental love conditional.

If these children conferred to the sexes they were assigned to at birth then they would be loved and accepted but because they don’t confer to our expectations, they are disowned and killed. Did these children commit a crime to be born like that? So why do we then blame them for being who they are!

Such children need to be supported to share their stories, to let their right to live be fulfilled. They need to be supported to study and find jobs but most importantly the policies the governments make need to include their identity. It starts with support from parents to ensure schools have gender neutral toilets; their transitioning can be accommodated especially on their identity cards and passports. We need to comfort them while their peers bully them; they are not less human and they deserve our shoulders to lean on.

No one chooses to identify sexually the way they do, sometimes the chromosomes and the developmental biology is too shallow to explain sexual identity but the reality still stands, some children are assigned sex at birth but later identify differently as they grow.  Not because the parent and medical personnel were wrong but simply because sexual organs aren’t solely the identifying factor of sex and sexual identity. It is not until a child has grown and establishes his identity that one can satisfactorily say he is male or female.

Let us protect Jack, Caitlyn and other sexual minorities; they are human first and deserve to live!