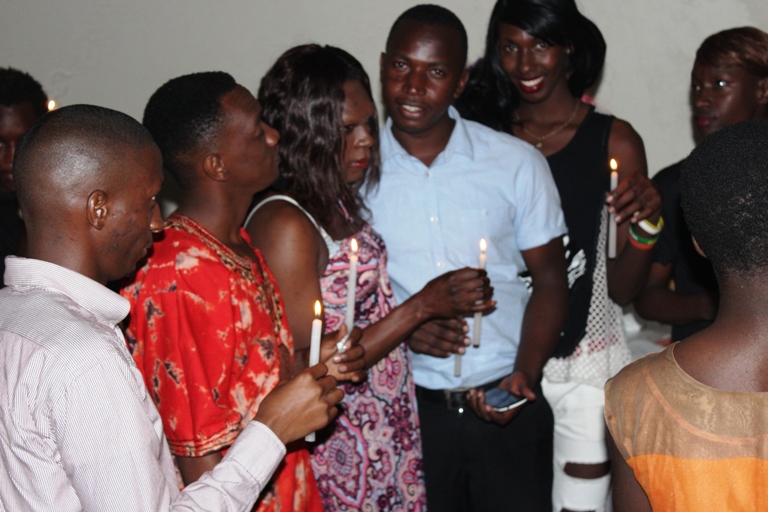 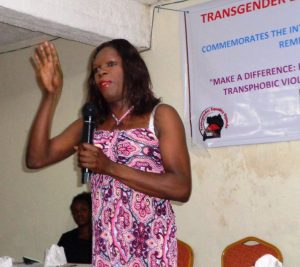 On Tuesday 15th December 2015, Transgender Equality Uganda (TEU) joined the rest of the world to commemorate the International Transgender Day of Remembrance with a dinner and workshop that left many close to tears. Under the theme “MAKE A DIFFERENCE: Be Visible and Speak out against Trans phobic Violence. We Can Effect Change”, TEU saw the transgender community celebrate their uniqueness and had partner organizations and  representatives from diplomatic missions  witness the journey they have made as a faction of the minority groups in Uganda.

According to TEU’S Executive Director and founder, Beyonce Karungi, The International Transgender Day of Remembrance is set apart to remember the people that have lost their lives either to violence or in the struggle to better transgender community.

Giving a brief background on the now internationally acclaimed event, Beyonce highlighted the importance of looking back and celebrating the people that gave their lives for the transgender community to be able to enjoy the freedoms they do today.

To conclude her key note speech, Beyonce shared the highlight of her journey- her father finally accepting her as a daughter on his death bed and hoped all transgender individuals would find the peace she found in being accepted by her family. 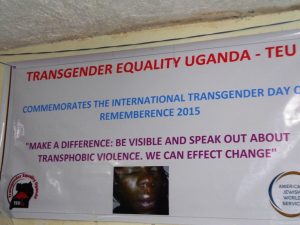 Participants shared their testimonies that left everyone in the room awestruck! “We can no longer look the other way because n violence in the country is on the rise. Almost every one of us in this room has dealt with an attack in one way or the other and this should stop,” one of the Transgender men at the event noted.

From the testimonies shared, it was also obvious that transgender persons have been subjected to rape as a ways of ‘curing this illness’.

“Being that most members of the transgender community have resorted to sex work to make ends meet, they have become an easy target for rape.  People seem to believe that if they have forceful sex with trans individuals, the incident will somehow turn their sexual orientation or gender identity,” a Trans-woman who preferred anonymity intimated.

There was also a candle lighting session as participants paid tribute to the people that have forged the way for trans awareness and created a platform for free expression of trans issues as well as remembering people who lost their lives due to hate crimes fueled by trans phobia. 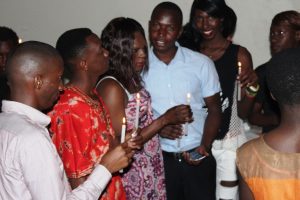