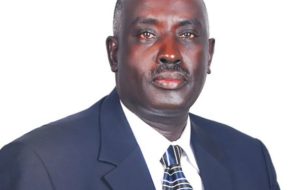 The Ugandan Presidential race has taken the inevitable turn many knew it would as independent candidate from the Farmers’ Party Benon Biraaro added himself onto those fronting the fight against homosexuality as one of the priorities of their terms should they be elected into office.

Addressing his supporters in Masaka, Biraaro assured them that the country had failed to fight the vice on a national level but he would take up the issue with the East African Community; a move he said would eventually curb the ‘crime’.

Biraaro is not the first candidate to use such homophobic statements to lure the general public into supporting him.

However, what has been noted with this year’s campaigns is the way most candidates have distanced themselves from the issue of homosexuality in the country. Most critics are attributing this to former Premier Amama Mbabazi’s stand on the matter. JPAM, as he is commonly referred to in the media, has made it no secret that he does not support any laws that criminalize people who have not committed a clear offence.

The critics further assert that  Mbabazi’s position has forced even the hard headed President Museveni to promise a review of the bill that formerly sought to hang persons ‘found guilty of engaging in same sex acts.’ It should b remembered that in February 2014, President Museveni signed into law the Anti Homosexuality Bill that was annulled by the Constitutional Court just six months later.

There have been rumours that the Bill will be retabled before parliament although it is clear all those vying for political office are steering clear of the matter for now.

Who is Benon Biraaro?

Retired Major General  Benon Biraaro is a Ugandan military officer .He is a former high-ranking commander in the  UPDF. While still in the active military, he served as the commandant of the Uganda Senior Command and Staff College in Kimaka, Jinja and is currently running for President of Republic of Uganda under his own Farmer’s party.