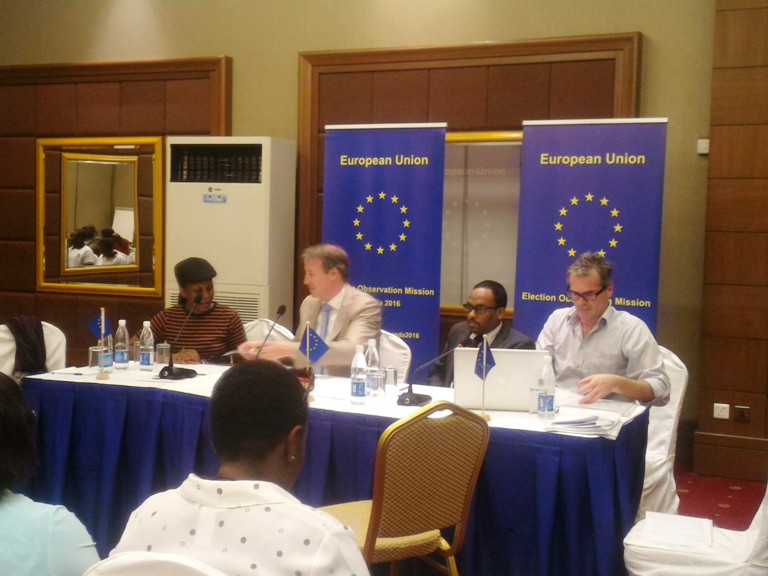 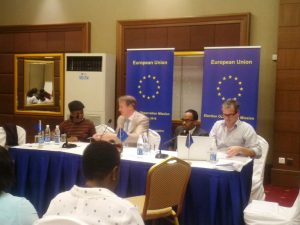 The European Union delegation that was in Uganda to observe the recently concluded presidential elections this week wrapped up its activities in the country and also donated their equipment to different organizations.

The handover ceremony which took place at Sheraton Hotel started at 10:00am and saw representatives from the fifteen selected organizations in attendance. The EU was represented by the Head of Delegation HE Kristian Schmidt and Chief of Mission Mr Ali ABDI.

In their official address, the Head of Delegation thanked Ugandan citizens for peacefully participating in the election process and promised to have the report released in April.

He further explained that the delegation had carefully selected the organizations which were to receive donations basing on their work with the common man and hoped the items would help to support their efforts as well as further outreach of the different services provided. 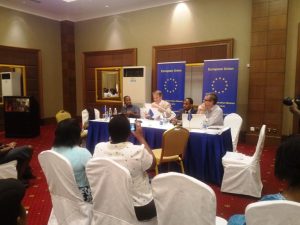 Kuchu Times Media Group and the Security Committee were the two groups from Uganda’s Lesbian Gay Bisexual Transgender and Intersex community that also received equipment to help further their advocacy work. Included in the donated items were phones, cameras, internet routers,furniture and medical kits among others.

Receiving the donations on behalf of Kuchu Times Media Group, the Executive Director Kasha Jacqueline Nabagesera explained the initiative’s work in its totality and also talked about the soon to be released second edition of Bombastic Magazine. She thanked the European Union for their generosity and explained that the received equipment would help Kuchu Times expand its work especially in covering up country news and filming documentaries.