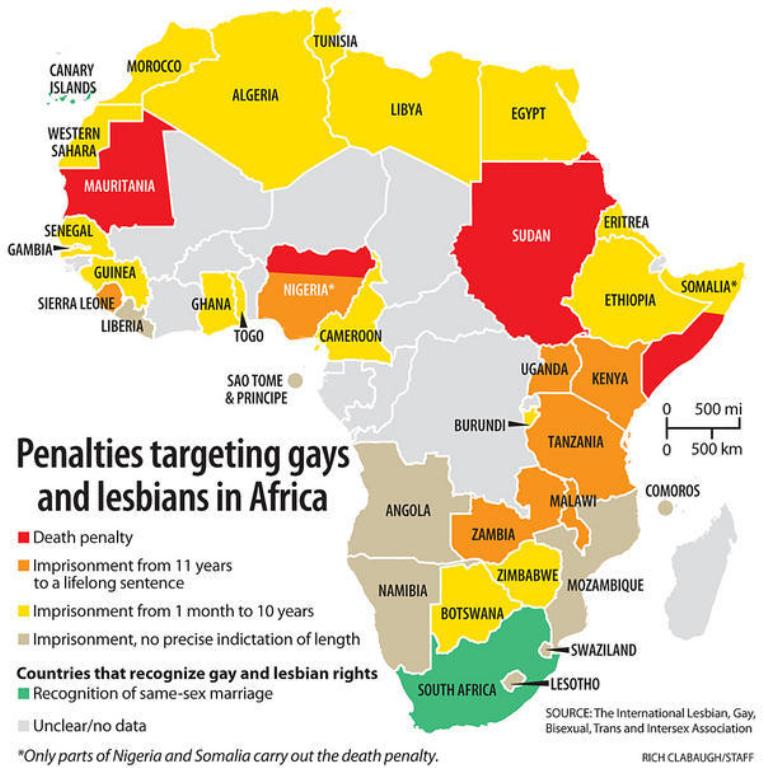 Between 3rd and 5th of March 2016, South Africa held a regional seminar to find practical solutions for addressing violence and discrimination against persons based on sexual orientation, gender identity and expression (SOGIE) on; the seminar brought together members of human rights commissions, civil society organizations and activists from all over the continent to figure out feasible and realistic means of ending violence and discrimination based on SOGIE.

The seminar was a necessity in perspective of many African countries for example in Uganda, where the president has made a move  to signing of the hazardous Non-Government Organizations Act (NGO) act;  an act which gives the   government inflammable powers of supervision, approval, and inspection and can dissolve an organization if it is in public interest to do so. Directly, this law does not only target the LGBTI organizations and activists but civil society too, whose civic space and association rights will be endangered; a calamity befalls the LGBTI community in Uganda.

In Gambia, Mr. Yahya Jammeh roared his stand for the LGBTI persons when he said;” I will slit the throats of homosexuals”.  It is thus, worth mentioning that 38 African states still criminalize LGBTI persons with reference to their colonial penal codes in their constitutions.  In these countries, gay issues are considered unnecessary therefore not worthy of discussion and are quite often not accorded audience for a fair conversation.

However, this does not mean LGBTI persons don’t exist in these countries.

As time has passed, some African states have adopted decriminalization laws of persons based on sexual orientation and gender identity (SOGIE). In countries like Mozambique, the penal code was revised, and amidst a huge land slide victory, a new penal code that decriminalizes LGBTI persons was adopted. In addition, South Africa’s post apartheid constitution was the first in the world to outlaw discrimination based on sexual orientation and the first in Africa to legalize same sex marriages.

The African regional seminar; a one of its kind continental platform brought to discussion some of the government officials from the south African government, members of the high rights commissions from different African countries, members of the civil society organizations and different players in the human rights activism circles. The discussion was grounded on the Resolution 275 of the African Commission on Human and Peoples’ Rights. The Resolution 275 was adopted by the African commission on human rights and people’s rights meeting at its 55th ordinary session held in Luanda Angola. This resolution was declared for the protection against violence and other human rights violation against persons on the basis of real or imputed sexual orientation or gender identity. 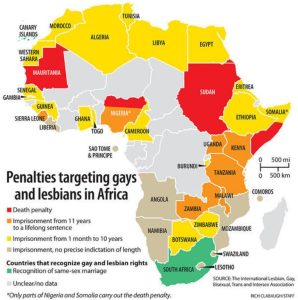 However, there are still very few African countries with laws that serve legal protection to the LGBTI persons. This discrimination is negatively impactual; exclusion of legal protection and recognition of ” LGBTI rights” on the continent has resulted into accelerated levels violence which  spreads  from hate crimes, to rejection, abuse, discrimination, murder and even rape.

Violence against the sexual minorities is a symptomatic indicator of a chronic disorder that is inherently passed on in our generations. Cases of corrective rape, brutal murders and violence do not only portray the wide spread& deep rooted levels of ignorance but also patriarchy. Rarely do you hear reports of women killing a transgender person or women raping a gay man. The background of violence is therefore rooted into our communities which require sensitization and education for their perceptions to change.

The Resolution 275 is therefore an African conversation, but are our statesmen ready to join the table?

To begin the conversation, it is important to understand this context of violence coupled with the fact that many regard LGBTI issues as “not being necessary” on our continent; the issues lose further footing when they are regarded as a western import. The LGBTI issues are further made to appear parallel to African religious and cultural fundamentals. How then can the LGBTI persons use this resolution to demand for space and fair hearing on the agendas of Africa? Is it time for African countries to revise the colonial penal codes that outlaw LGBTI persons of legal protection? Is it time for human rights commissions to lay foundation to favorable activism environments for LGBTI activists? Is it time to see frameworks that monitor and report violence and hate crimes against the minority groups? Is it that epoch moment when mind sets and perception of African communities about LGBTI issues are changed? Is it time for LGBTI persons to enjoy their human freedoms?

The adoption and implementation of Resolution 275 by African countries is critical for the LGBTI persons but it is still subject to debate. The question is: – will the resolution be allowed to penetrate the civil society spaces, human right commissions and rural communities, especially in countries where homosexuality is illegal or will it be trashed? Who is taking the lead in implementing this resolution? Who is accountable to ensuring this declaration works? Is this declaration welcome to our parliaments?

Is it not strange that as Africans, we have not grown up talking about sex?  Haven’t we certainly not talked about and embracing the autonomy of the body, most importantly from our families? Are our parents aware of the different gender identities, sexual orientations and expressions? Are discussions regarding SOGIE issues welcome within our families? Are our languages ready to change from speaking from western context to carrying on the African setting of humanity and ubuntu?

Further questions are: – does the Resolution 275 encompass the African family setting? Incorporation of the family and the rural community is essential in the fight against violence. Are our education sectors willing to teach about the LGBTI issues? Are our health care systems willing to adopt the LGBTI issues?  Quite often, religion has been used to suppress the intentions to discussions on LGBTI issues.

The struggle of acceptance and understanding the issues of LGBTI persons is real struggle that calls for everyone to make an effort.  The issue of human rights has often been looked at as individual-driven sentiments and not as a matter of human dignity which is viewed to encompass humanity and our togetherness as Africans. It is logical and appealing to appreciate that every individual is entitled to his/her personal opinions, the African culture, the church and other faith driven sects call for tolerance and preservation of human dignity when ideological differences occur; the human rights declaration too calls for respect of human rights for each individual. Therefore, despite the difference in  opinions and ideas, as humans we must strike a balance between human rights, dignity and human values and our personal beliefs and opinions; with human rights and freedoms taking  the core play. Before we become religious, before our cultures define us, before anything else, we are humans. We deserve to respect one another as Africans,” I am because we are”; the Ubuntu.

We must admit that homophobia isn’t unique to Africa; therefore the struggle to end the criminalization of LGBTI issues is a global struggle. Resolution 275 is thus one of the just resolutions among the many other laws that advocate for the decriminalization of LGBTI persons, but the just laws and progressive resolutions are not sufficient to guarantee safety of the LGBTI persons; standing out to preach zero discrimination is a necessity. The Resolution 275 is a call to our leaders and we must hold them accountable by asking for their pledge in ensuring violence free environments to all persons.