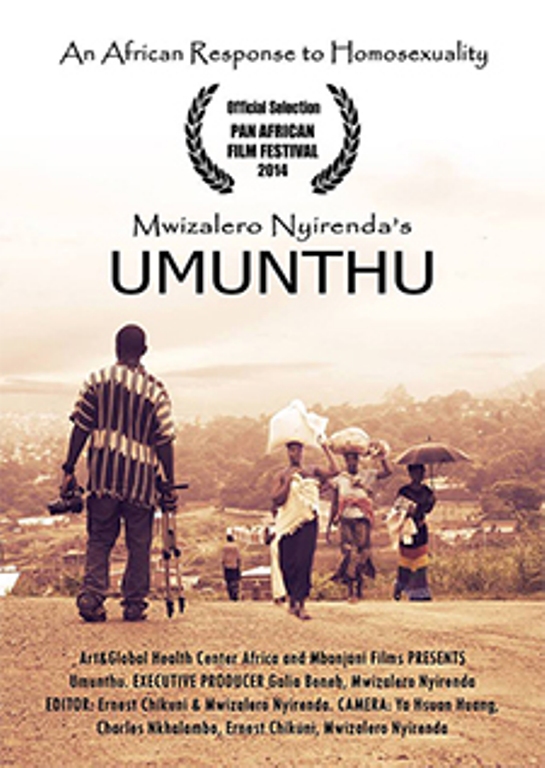 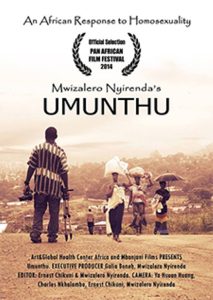 In Africa, there is a philosophy of Umunthu. It is concept that transcends above shaking hands, a friend’s embrace, acceptance, tolerance and recognition. A young filmmaker, Mwizalero Nyirenda has used the concept of Umunthu to address the issue of Homosexuality in Malawi. The film Umunthu: An African Response to Homosexuality is a first person documentary, which to date has had 27 national screenings, 8 international ones and has won 5 international film festival awards.

Internationally Umunthu is called different things, but the spirit behind it is the same, ‘I am because you are’ Umunthu is belonging to ‘each other’; sustaining ‘each other’. It is simply putting faith in the belief that when “you are” then “I am also”.

Through a universal unifying spirit, The Art Global Health Centre Africa aims to bring to light the philosophy by using art as a catalyst for discussion in marginalised communities in Malawi.

Nyirenda’s documentary has since 2013 continued to open the doors of discussion wider by challenging the way we think. This allows us to re-evaluate the meaning of  “difference” and how it is constructed.

Art, African philosophy, and creativity intersect in the documentary to unpack the controversy surrounding homosexuality in Malawi. Through the first person perspective, The documentary frames a discussion that is not based on an imposition from outside, and is not also fuelled by resistance to foreign forces. Rather, it uses local concepts and values to discuss the matter in an informed and sober manner. This in turn, opens space to begin shaping a genuinely African response to the topic of homosexuality in Malawi. Umunthu the documentary fills the role of being a non-judgmental platform of discussion and a space of facilitation for a human right issue through healthy and tolerant public discussion.

Contextually, Malawi criminalises same sex conduct. Towards the end of his Presidency, The late Bingu wa Mutharika (1934 – 2012) became an outspoken opponent against the LGBTI community.  Following this, his predecessor, former President Joyce Banda took up office and suggested for the revision of the law against criminalising homosexuality. She however, withdrew her statement, choosing to be vague on the topic from that point forth.

Today, the topic of LGBTI has aggressively taken the spotlight once again, with some unfortunate consequences. Nyirenda’s documentary gives an expose of this problematic: featuring arguments and debates from society organisation leaders, students, politicians, religious leaders, health practitioners and the citizen on the streets each with their own view about culture, religion, umunthu and sexuality.

While we cannot predict the future of LGBTI rights in Malawi, the Umunthu program at AGHCA looks promising. Educational materials have been developed to accompany Umunthu higher education workshop and projects. As a program, we are using the Umunthu philosophy to address other areas of discrimination, stigma and tolerance in Malawi.