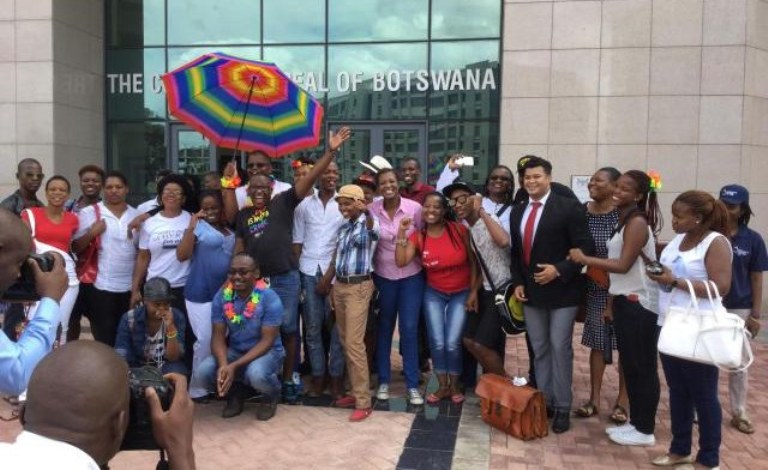 In a remarkable development, the City Council of Gaborone, Botswana’s capital, has called for the repeal of the country’s criminalisation of homosexuality. The council passed the unopposed motion on Wednesday, noting the importance of reducing the spread of HIV / AIDS.

According to GABZ FM, “opposition council members spoke in one voice celebrating the passing of the motion, citing that it’s an indication that the time has come for Batswana to accept that the gay community has rights that are to be valued and respected.”

An online publication quoted Councillor Sergeant Kgosietsile, who tabled the motion, as saying: “The Ministry of Health should provide comprehensive HIV/AIDS education, sensitisation training for health care workers, and stigma and discrimination-free services to gay groups.”

The move follows the Botswana Court of Appeal ordering the government to register the organisation Lesbians, Gays and Bisexuals of Botswana (LEGABIBO) as an NGO. In a statement, LEGABIBO praised Councillor Kgosietsile “for reaching out to the LGBTI community and contributing to elimination of stigma and discrimination, addressing exclusion of LGBTI, fighting homophobia and helping LEGABIBO to access structures which have always been difficult to access.”

The group commended the Gaborone City Council for allowing Kgositsile to table the motion and noted that “this is the first time in the history of LGBTI advocacy that Council conversed on LGBTI issues.”

LEGABIBO acknowledged that the mandate of the Council is not to change laws, “but we appreciate their efforts to lobby for change and make recommendations to law makers in their respective positions.”

While homosexuality is not specifically outlawed in Botswana, gay people could be prosecuted under Section 164 of the Penal Code that bars “carnal knowledge of any person against the order of nature,” with penalties including seven years in prison.