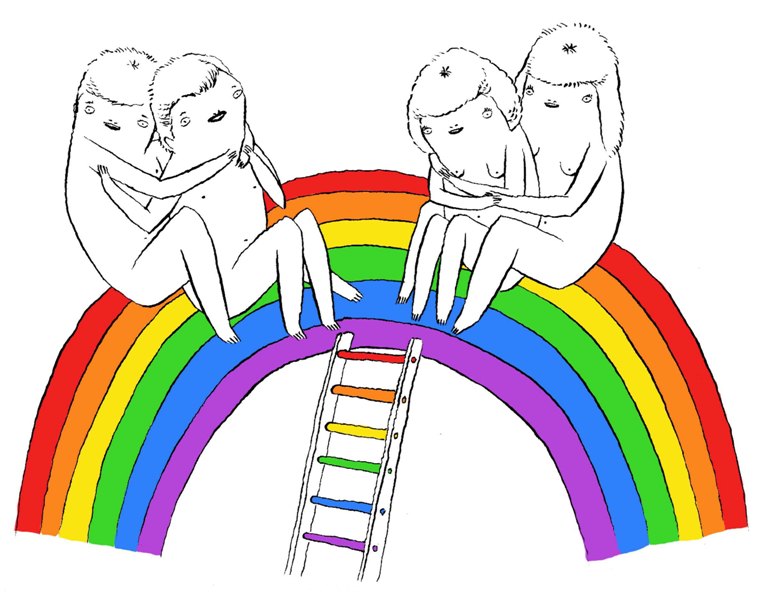 According to a report released in February by the Nigerian police, Abdul Lawal, dressed as the groom, and Umar Tahir, dressed as the bride, were just about to take their seats at their well-attended marriage ceremony on Feb. 6, when plainclothes police broke up the party and whisked them away to jail, along with several of the guests.

The same-sex marriage ceremony, which took place at the popular King’s Land Hotel in the capital Lagos, is prohibited under Nigerian law.

The spokesman for the Federal Capital Territory (FCT) Police Command, Anjuguri Manzah, said the police acted ‘based on the provisions of the Same-Sex Prohibition Act’ which many in this highly religious country have embraced, but which has been widely criticized by LGBT activists here and abroad.

The much scrutinized legislation signed into law in 2014 outlaws sodomy and provides penalties of up to 14 years in jail for a gay marriage. It also prohibits the promotion of civil unions.

When it was approved by then-President Goodluck Jonathan, the United States, Britain, and Canada condemned the new law, with Secretary of State John Kerry that it ‘dangerously restricts’ freedom of expression and association of all Nigerians.

Incidents like the arrest of Lawal and Tahir and their guests in a supposed marriage ceremony are rare, but not unprecedented, particularly in northern Nigeria. Similar arrests have taken place in Bauchi and Kano, where witnesses say suspects were often tortured in detention and forced to give names of other gay people they know to the police.

“That is what they did to some of our friends in Bauchi after they were arrested,” an unmarried gay man we’ll call Mana, who lives in Jiwa community narrated. “They tortured them into naming people they had come in contact with, including friends who weren’t gay.”

Mana, who used to live in Bauchi, said his name was mentioned during interrogation, but he had left town by the time police came to arrest him in 2014.

“I got information that policemen were arresting gay people and so I quickly fled,” he said. “Those who were unfortunately arrested said they were tortured and forced to give names and phone numbers of their close friends to the police.”

Nigerian law enforcement agents are notorious for torturing suspects to extract confessions, and a number of officials have been accused of intimidating suspects until they implicate innocent friends and associates. One motive: to make money off of bail after they round people up.

Although news of the Jiwa arrests spread like wildfire across the country and the action of security officers in apprehending the actors was commended by a number of citizens and religious organizations, human-rights activists rejected claims by the police that a gay marriage ceremony had taken place anywhere in Abuja. They say that security officials carried out arrests in a local celebration that was not a same-sex wedding at all.

Rights worker John Adeniyi, who has been following the case closely, told The Daily Beast that the ceremony where Lawal and Tahir were arrested was actually a traditional fund-raising ceremony—known in the local Hausa language as Ajo—where some participants “socially cross-dress for the purpose of entertainment.”

At one point in time when a traditional music was playing and people were performing the cultural dance, police stormed the event premises and caught one of the cross-dressed participants dancing in a close range to one other person who cross-dressed alongside several other persons,” said Adeniyi.

“The two persons presumed to be a couple were two individuals spotted dancing in a close proximity at the cultural dance performance although one of them was cross-dressed, which was the factor that made the police come to the conclusion without an adequate investigation,” Adeniyi added.

In recent times, a number of human-rights activists have accused the police of arresting and detaining perceived homosexuals without cause, except for the purpose of extorting money from detainees to allow them to get out of jail.

Adeniyi said the accused gay couple and those arrested alongside them were required to pay bribes to the police to secure their release.

“At least one lady confirmed to have paid 70,000 naira (about $350) in order to secure the bail of her girlfriend and herself,” he said. “Several other people paid different amounts of money to be released from detention.”

There is also fear that the anti-gay law, accompanied by the aggressive clampdown on gay people, may have worsened the HIV/AIDS prevalence rate in the country. Apart from jailing gay couples, the law provides penalties of up to 10 years’ imprisonment for membership or encouragement of gay clubs, societies and organizations, and this has been interpreted to include groups formed to combat AIDS among gays.

Mana said a number of his gay friends have tested positive for HIV but are reluctant to seek counseling so as not to reveal the way in which they contracted the disease.

“For some gay people it is better to die with the disease than reveal how it was gotten,” he said. “In a country that hates gay people, you can’t tell who will help send you to jail.”

Mana told me in February that he was making it back to Bauchi, where the very active Sharia system of Islamic law, which runs parallel to the state and federal justice system, prescribes the death sentence for homosexuality. A judge decides whether it should be done by a public stoning or by lethal injection, although no gay person has been subjected to such punishment as yet.

For Lawal and Tahir, it remains to be seen what further action the police will take against them, or whether this case may have been closed already after both men, as Adeniyi said, paid to secure their release on bail. Authorities have refused to speak further on the case to the media.

Whatever befalls the “gay couple,” and whether or not they were apprehended in a marriage ceremony, the public announcement and publicity surrounding their arrest, and the special attention given to this case by the police shows how much of a priority authorities put on hunting down gays.

At the point of release, Lawal and his supposed partner “were verbally assaulted, named, shamed and photographed without consent,” Adeniyi said, but they now feel helpless to respond.

Adapted from The Daily Beast