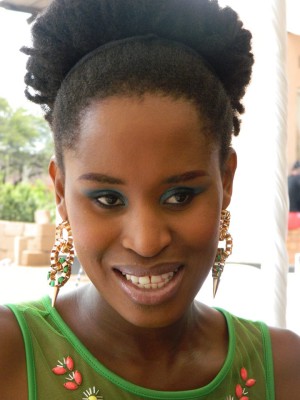 Tshepo has previously served GDX’s Regional Programs Coordinator for seventeen months and Advocacy Officer of Rainbow Identity Association in Botswana. Ms.Kgositau is a graduate of International Relations and Criminology from the Australian born Monash University, specialising in Diplomacy and Human Rights. She is passionate about pushing the agenda for trans research and to be trans lead and has also co-authored an article on Trans Studies Quarterly archiving trans his/her/their-story on the African continent (Trans Studies Quarterly, Vol.2).

Taking up her new role, Ms Kgositau penned an introduction letter (shared below) to partners and allies of GDX expressing her appreciation and excitement as she sets off on this new journey. In it, she shared her hopes and dreams for the organization and hoped that this would indeed be a turning point for South Africa’s tans community.

I would like to acknowledge the great responsibility that I have been entrusted with at the helm of an organisation such as Gender DynamiX (GDX) which has been a pioneer in so many areas of trans focused: advocacy, research, lobbying, organising and movement building on the continent and beyond.

It is no secret that my appointment comes at a time when GDX has just gone through a turbulent period that is not unique to the cycle of NGO’s as they continue to grow. The leadership transition that took place in the organisation post its 10 year mark was unprecedented and did not necessarily take place as smooth as could have been. It is therefore humbling and I do not take it for granted that, various stakeholders such as the MC of GDX, its staff, its national, regional and international partners have handed the leadership gauntlet to me, to steer the organisation in this not only transformative but new and exciting journey.

I bring a unique perspective to the Executive Director’s (ED) position with my previous role of Regional Programmes Coordinator enabling me to focus on the trans movement at regional level in Southern Africa and the greater African continent. This commitment to visibilising trans concepts, identities, issues and struggles at a national, regional, continental and global level is one I have been and am still committed to going into my new role.

GDX will continue to support leadership enhancement initiatives to ensure that emerging and up-coming trans rights activists and advocates are well groomed to lead the growing trans movement, are empowered to succeed founding leaders of the movement in their respective designations and are of the capacity to contribute to a regional advocacy agenda on the continent. It is evident already in my few weeks of coming into this role, that this is a defining year for GDX and that it is not going to be an easy year for the organisation.

However, I am confident that we have one of the most robust teams any trans led and focused organisation can ask for, and this is a team that can be able to make this year one of transformation and growth for the organisation. This is going to require patience and support from all partners and relevant stakeholders; a commitment and offer that most if not all of our partners have accorded us in the recent past when we went through our challenges.

I would like to thank all our partners for their support thus far and invite them to continue extending us this courtesy as we reshape the organisation to make it fit for the next level it is getting to. I wish to extend yet another vote of gratitude to all our wonderful donors who have all supported us and not abandoned us at our weakest and most challenging time; your continued commitment to Gender DynamiX, its work and all its beneficiaries is highly appreciated.

We invite all various stakeholders to kindly bear with us as we undergo our transformation in this year; as the intent is to emerge on the other side renewed, realigned and stronger than ever for the next decade of our organisational life.

Gender DynamiX is an organization that seeks to be a role player towards the realization of all human rights of transgender and gender nonconforming people within and beyond the borders of South Africa. Using a human rights framework, GDX undertakes to advance, promote and defend the rights of the above mentioned persons in not only South Africa abut also Africa and the world at large. They use community mobilization, media engagement, public education, research and training as part of their strategy to achieve their goal.