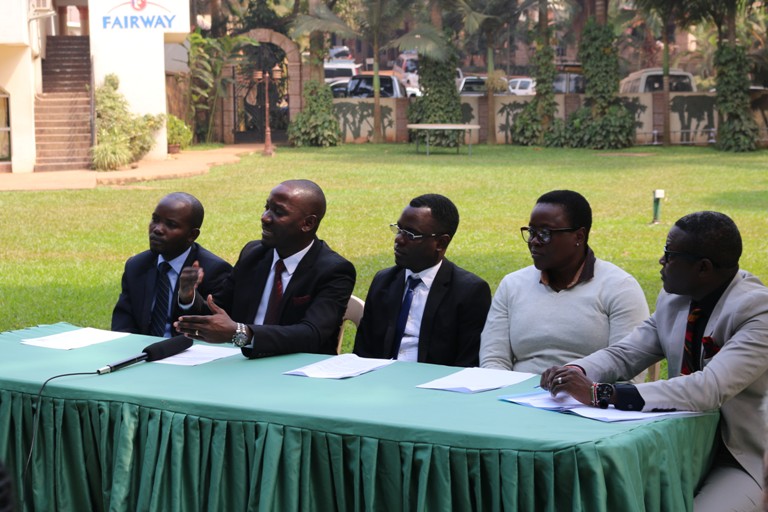 Sexual Minorities Uganda(SMUG) the umbrella organization for lesbian, gay, bisexual, transgender and intersex organisations in Uganda filed a case challenging the refusal by the Uganda Registrations Service Bureau to register the network under their desired name (SMUG).  They were being legally assisted by Human Rights Awareness and Promotions Forum (HRAPF).

In 2012, Sexual Minorities Uganda took steps to be registered as a company limited by guarantee so as to fully enjoy the benefits and obligations of a registered organization as stipulated in the Ugandan law. However, the Uganda Registration Service Bureau, which is the office of the government in charge of name reservation and registration of companies, denied the reservation of their name on grounds that same sexual relations are criminalized under the section 145 of the penal code act.

In the filed case, SMUG challenges the refusal to reserve its name  and by extension the registration of the organization  which is a violation of its rights including; the right to freedom of association, expression, right to equal protection of the law, right to participate in peaceful activities to influence the policies or government through civic organization among others, all which are expressly protected in the constitution of the Republic of Uganda and accrue to everyone regardless of their status.

Speaking at a press conference held at Fairway Hotel this, the Executive Director of SMUG stressed that the refusal to reserve the name Sexual Minorities Uganda on grounds that same sex relations are prohibited is a gross violation of their right to association as guaranteed by the constitution. He further acknowledged that while change of the name had earlier been suggested, doing so would require that SMUG which seeks to improve the human rights situation of sexual minorities in Uganda through advocacy, policy reforms and economic empowerment among others change its objectives and the work they do. 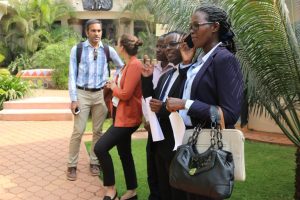 The Vice Chairperson of SMUG’s Board of Directors who is also among the  petitioners in this case, Mr.Denis Wamala while speaking to Kuchu Times noted said, “The name “SEXUAL MINORITIES UGANDA” has never been reserved by anyone; we thus demand that it is reserved for us.”

It should be remembered that the High Court has in the past ruled that section 145 of the penal code only criminalizes same sexual acts and NOT the person and thus cannot be relied upon to deny the registration of an organization providing lawful support services to a marginalized group.

Edward Mwebaza, the Deputy Director HRAPF stressed that the Registrar General has no right to deny the reservation and resultant registration of SMUG. The Uganda Registration Service Bureau is yet to submit a response to this application.