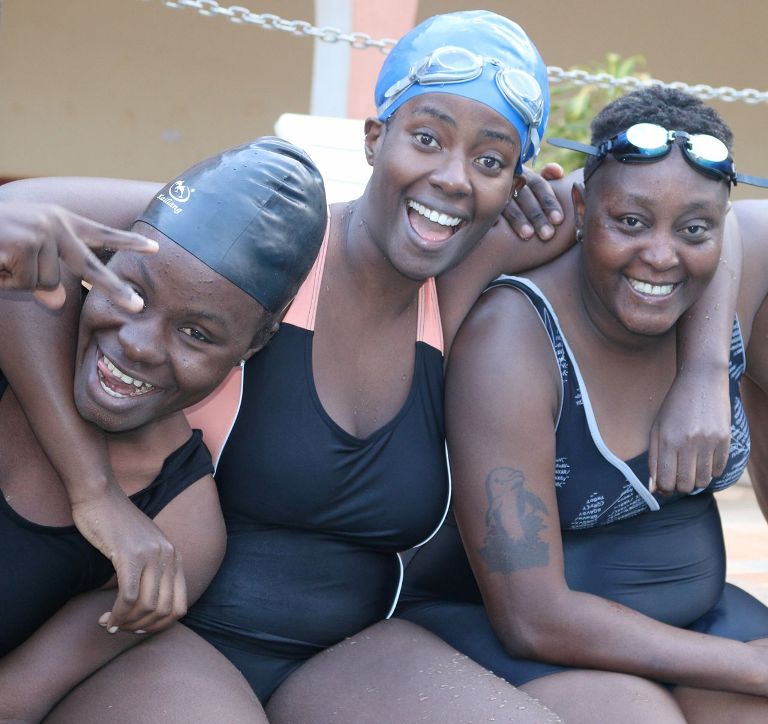 On 22nd July, Kuchu Times published a story about Uganda’s Kuchu Aquatic team that is training tirelessly to join other LGBTI participants from all around the world for the International Gay and Lesbian Aquatics slated from 8th to 14th August in Edmonton Canada.

We now bring you three of the people on the team as they talk about their hopes for the team as well as what motivated them to join competitive sports. Please note that the team comprises of five members but two were not readily available for our cameras.

Clare Byarugaba is a passionate LGBTI rights advocate who previously worked as co-coordinator with the Civil Society Coalition on Human Rights and Constitutional Law which was formed in October 2009 to fight the Anti-Homosexuality Bill from the Parliament of Uganda. She was also the 2014 Oak Human Rights Fellow at Colby College.

What motivated you to join this team?

I have always preferred to get other alternative forms of activism and I hope going to Canada for these competitions is a way to show the whole world that while we may be discriminated in Uganda, while we may be illegal, we can still do many things to create awareness.

To me this is a new form of activism that we should take up; sports is a way to show that you are resilient, that you are persevering and that you care about yourself and your health as an activist.

Participating in the IGLA may have its challenges but it is still a great opportunity to show who we are.

What would you say is the greatest strength of the team?

I have never participated in any other sporting activity except volleyball which I do for leisure so I see this as an opportunity to grow my skill in swimming but also encourage other young upcoming LGBTI to indulge in sports.

What are your hopes for the team in this tournament?

I want to have fun with my team mates; I want us to share the challenges as a team because most of us have never done sports competitively. It is going to be a challenge but also exciting and I think at the end of the day, we shall be proud to have represented Uganda as well as the LGBTI community from Uganda. I am excited about the challenge, the fun and the opportunity for networking and finishing with a medal to bring back to Uganda.

What is your message to other talented LGBTI Ugandans out there?

My message to these individuals who have been prevented from pursuing their dreams and careers because of discrimination; the remedy is simple- there is a Kuchu Aquatic team in Uganda for you and there are many organizations can support you to develop your career. 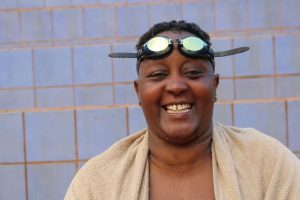 What motivated you to join this team?

Swimming has always been my passion. I started swimming when I was 4 years old but because of the different challenges as I grew up (financial and the opportunities), I sort of slowed down. However, I used to compete in school and I have different accolades. When I spoke to Nate Freeman who introduced the program, I enrolled and for me this is a new beginning to take swimming to another level when it comes to opportunities.

What are your hopes for the team in this tournament?

I anticipate to make friends, meet lots of swimmers, meet different teams from different countries and clubs and find out how they have managed to make it work but most importantly, to take the Ugandan LGBTI sports fraternity to a different level and create networks because advocacy is not only about going political.

What challenges have you encountered as an LGBTI person in mainstream sports?

When I was in school, I was in the Dolphin Swim club but then later alone it faded out because many left while others lost interest.  However, I continued to focus on the networks that I knew and I got enrolled to the national swimming team but unfortunately, I met people I had known back in the day and my sexuality once again got in the way of my dreams.

I think this background is relevant because most LGBTI persons have fallen victim of missed opportunities. As for me, this is the greatest opportunity thus far because it will open doors for us to take part in other mainstream competitions, be it the Olympics or local competitions here in Uganda.

What is your message to other LGBTI Ugandans who wish to be part of such initiatives?

Other titles: Soccer and swimming coach

Adebayor is well known in the Ugandan LGBTI fraternity as a sports personality who has won accolades in different sports disciplines such as soccer, swimming, pool and many more. He was introduced to Nate Freeman the initiator for this program by one of his close associates and the coach picked interest in his swimming tactics

What do you anticipate in these championships?

I want to assure the Ugandan LGBTI community that we have gone to represent you and I know we shall come back with medals.

I promise to use this opportunity to make fellow LGBTI Ugandans proud and to all the talented Kuchus out there, be determined, keep calm and never give up because our time is coming.