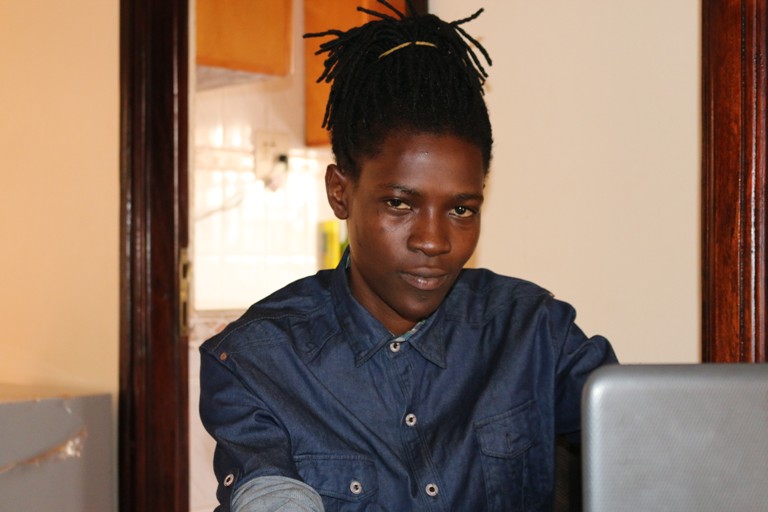 Tranz Network Uganda formerly known as Uganda Network for Transgender and Gender Non-Conforming Persons (UNTGNC) was formed on the 23rd of July 2014. It is an initiative that through awareness and sensitization campaigns about trans issues, brings together transgender and gender non-conforming organizations as well as individuals. It also creates avenues for transgender people in Uganda in order to ease access services in a harmonious environment.

Apako Williams, the coordinator and founder of TNU is a transgender man, social activist as well as a gender and sexual diversity consultant who conceived the idea to start the initiative while attending a strategic planning meeting in Nairobi. The meeting was majorly focusing on transgender organizations and how they operate; motivating him to create a voice for transgender and gender non-conforming persons upon his return.

He also noted that less attention was being given to trans issues as compared to other clusters in the gender and sexual minority communities thus the need to create a platform where concerns of trans people would be voiced out.

With the anti-Homosexuality Bill being passed by the Ugandan Parliament in 2013, many organizations that were advocating for the rights of Lesbian, Gay, Bisexual, Transgender and Intersex (LGBTI) persons in Uganda suspended their operations and this was a huge  setback to community members since they didn’t know where to go for services.

In this period, a number of LGBTI members faced many challenges ranging from media outingswhich culminated into unlawful evictions by some landlords, rejection by families and friends, job terminations, public attacks and a set of community members fled to seek asylum due to safety concerns.

In retaliation to this, Williams together with other transgender activists conducted a series of consultations on what to do in order to create a sustainable trans- led platform- a space where transgender and gender non-conforming persons can openly express their opinions. This resulted into the birth of a network with a vision to elevate the voices of transgender people.

Amidst challenges like resource scarcity, Tranz Network Uganda began operations. Mac Ilakut who heads the Research and Documentation desk also shared his experience at Tranz Network Uganda with Kuchu Times. He said that his desk works on statistics and conducts needs assessments to find remedies for the documented cases to help push for policy change. 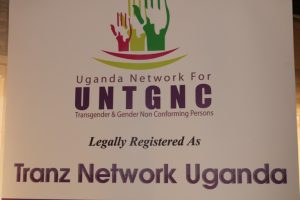 “You cannot push for a policy change when you don’t have statistics or the right information to influence change,” Mark noted.

Transgender persons like all LGBTI people in Uganda live in a very unpredictable environment due to the rigorous laws, cultural norms and religion. Right from their families, to the employment spaces, learning institutions, places of worship, the general public and their residential surroundings, they are attacked both physically and verbally, bullied thus escalating stigma and discrimination. Transgender persons are also mostly viewed as the faces of homosexuality in Uganda.

“For me, life of a transgender person in Uganda is not impressing at all,  especially when you look at transwomen in the ghetto who are raped now and then, transwomen and men who are not educated, transmen who are raped by relatives and friends, trans people who are living with HIV/AIDS but cannot openly come out about their gender and health status to their families and friends. Basically the environment is not inclusive and doesn’t give a chance to understand transgender people because it is a very strange phenomenon to them,” Apako told Kuchu Times.

There is still limited information out there for the general public consumption about who a transgender person is, meaning that there is great need for raising awareness concerning trans issues.

“You find a transgender person in a certain workshop but he or she cannot explicitly explain who they are, what is that body that they are trapped in because being trans is confusing, you don’t know who you are, you are born one day and you wake up the next day when things are changing and the more you grow, the more your brain tells you different things,” Apako said.

However, some families have been receptive and embraced their transgender children although the  majority, due to the cultural and religious perspectives, have not been supportive.

Many of these have been deprived of the chance to complete their education and this has been a starting point for all the hardships they face in life. Due to frustration, these resort to drug and substance abuse and other risky behavior as a means for survival hence exposing them at the risk of acquiring HIV/AIDS and other related health complications.

Tranz Network therefore used such issues a basis to embark on a journey to create a space where their members can regain self-esteem as well as advocate for their rights. Tranz Network Uganda has also registered some remarkable achievements ever since its inception

They work through public education, speak openly about their identity telling the masses about who they are and the challenges they face. TNU has also strived to make sure that they sensitize Lesbian, Gay and Bisexual persons about trans issues, expounding more on the concepts of sexual orientation and gender identity.

Tranz Network Uganda also has an agricultural project in the pipeline where they plan to invest in poultry farming. Apako confirmed to Kuchu Times that they have already established partnerships with a reputable poultry farmer and supplier of poultry products all around Kampala. TNU wants to initiate this project to help its members have a sustainable source of income.

Despite these achievements, Tranz Network Uganda has also registered a series of challenges. The aspect of politics has greatly influenced their work. Others like financial constraints, being a new initiative still has limited funding, limited office space and furniture and limited human resource have their operations. Apako hopes that with continued engagements with key stakeholders from the government especially the Ministry of Gender and Social Development together with Ministry of Health to involve their needs in the national strategic plan as gender and sexual minorities.

He also foresees TNU in ten years’ time as a huge organization with a big resource Centre where professionalism is respected and all this will lead to a respected transgender community. In the same way, as a coordinator, he hopes that the proposed poultry farming project will help transgender people to have a sustainable income.

Apako attributes their success to the hard work that was done by the founders of the LGBTI movement and their mentorship and more so the partner organizations.

“ Let trans issues just be listened to, let us have a voice and let people give transgender people a chance to speak and let us not be judged based on community perceptions and my fellow trans comrades, let us work hard as a team to build our movement,” Williams concluded.

To know more about Trans Network Uganda and their work, check their website http://www.tranznetwork.org/