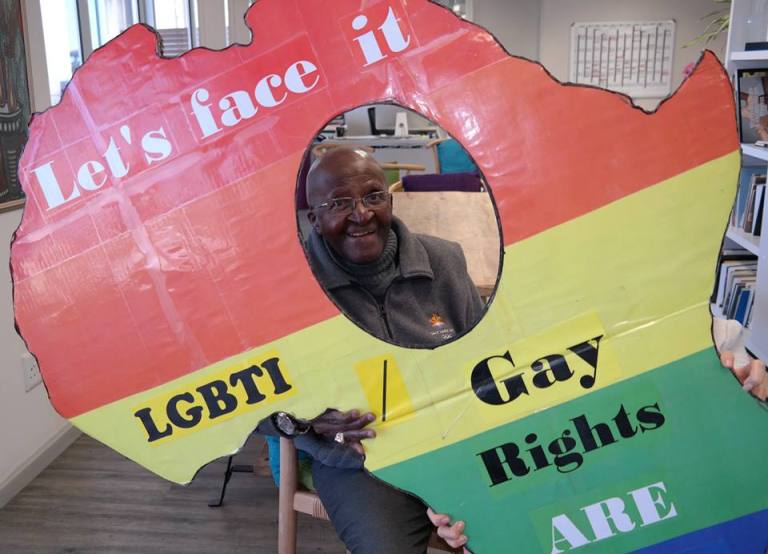 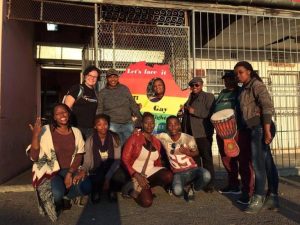 The fight for equal rights for all continues daily and South Africa has recently concluded a visibility campaign where 1000 faces were collected in support of equal rights for Lesbian Gay Bisexual Transgender and Intersex (LGBTI) individuals. The campaign which was organized by Scalabrini Centre started on Human Rights Day in March 2016 took a period of five months and was based in Cape Town.

The campaign dubbed “Let’s Face It: LGBTI Right ARE Human Rights” was intended to have people face up to the fact that sexuality and gender should not strip anyone of their basic human rights. A video showing several individuals standing with an African rainbow map has been released to project the five months journey. The sound track of the video is controversial hit Same Love remix by Art Attack. 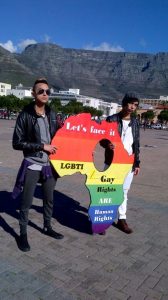 Not one to shy away from defending LGBTI rights, the project's 1000th face, Archbishop Desmond Tutu calls upon the world to be civil and accepting of gender and sexual minorities. He continues to emphasize his message of peace and tolerance in the video.  “It is easier to love than hate,” the renowned Archbishop says as he decries homophobia and violence towards LGBTI persons. 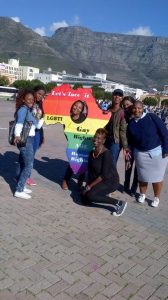 Scalabrini is a Refugee outreach centre which has taken special interest in Nigerian and Ugandan LGBTI individuals who have been forced to flee their homelands in fear of persecution and violence based on the sexual orientation and gender identity.

The Human Rights Officer of Scalabrini Centre, Neil Goodwin said, “The archbishop kindly came out of retirement to lend his face to this campaign and was the perfect candidate to take us across the finishing line. He has been a huge inspiration to many in the battle for open hearts and minds towards the LGBTI community, both here and across the world.”

Goodwin further noted that a large cross-section of people from all over the continent have endorsed the campaign. “With the help of the archbishop, we have begun to have the conversation and have met a lot of people, particularly young people,” he concluded.

To see more pictures from the campaign, please visit https://web.facebook.com/popuppride/photos