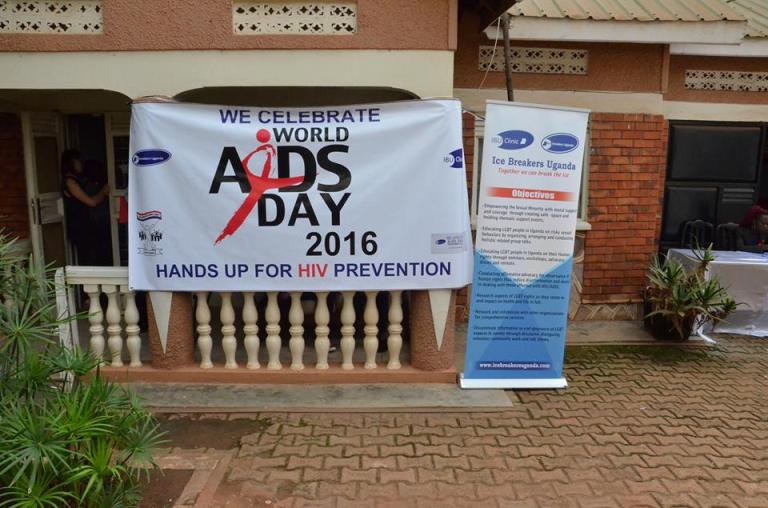 HIV is one of the biggest issues that Uganda’s LGBT community continues to face and tons of effort have been put in to combat the infection rates as well as access to the necessary health care. As such, the community would not let the World AIDS Day go unrecognized; Ice Breakers 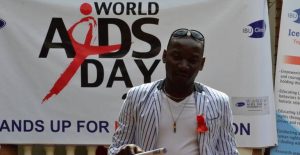 Uganda (IBU) together with Sexual Minorities Uganda came together to commemorate the day in remembrance of the lives that have been lost to the scourge and to also shed more light on the available resources that have been put in place over the years, to help in the journey to zero HIV infections.

The ceremony held at the IBU offices attracted a number of community members, and partners that have worked closely with Uganda’s LGBT community in the struggle against HIV. In his key note speech, the Programmes Director of Ice Breakers Uganda Dennis Wamala noted the continued discrimination and stigmatization of HIV positive persons within the LGBT community. He urged the community to be more embracing and supportive of people living with HIV as they (the community) know first hand what it is like to be discriminated because of something they have no control over. He explained that such discriminatory tendencies have caused depression, suicide attempts as well as self hate; factors that only further stress people who are living with the HIV virus.

MS Jackline Alesi, who is openly living with HIV and works with Uganda Young People Living with HIV noted that Uganda has come a long way in its efforts to beat the HIV virus and the infection rates had come don greatly as compared to five or ten years ago. She however noted that the largest percentage of people who were living with the HIV virus were between the ages of seven and thirty; statistics she hoped would also come down in the near future.

Ms Alesi who is not only an HIV/AIDS activist but also a mother urged the community to continue with safe sex practices and called on those who were living positively to adhere to their treatment schedules and drugs.

The day which was themed ‘Hands Up for HIV Prevention’ saw IBU screen a documentary on HIV AIDS; the short film titled Red Ribbon follows the life of a woman who uses her positive status to bring awareness to the deadly virus.

Uganda was identified as one of the fast-track countries that can make a significant contribution to ending AIDS as a public threat by 2030 and these statistics show that with combined efforts we can fight the epidemic.

Frank Mugisha the Executive Director for SMUG calls on everyone to “Keep talking, keep fighting and challenging stigma”, he says, “Together we will end HIV.” 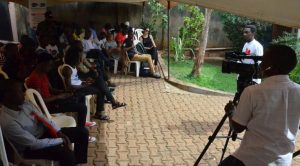 Brian Nkoyooyo the Executive Director of Icebreakers Uganda says “Many people these days especially the youth have lost the fear of contracting HIV because they know that there is medicine that can help them live longer with HIV.” He adds, “We don’t have a cure yet, LGBTI persons that are sexually active should be vigilant and protect themselves against contracting HIV. Prevention is the key to eradicating HIV.”

We appeal to the government of Uganda to ensure that most at risk populations are informed on how to protect themselves from being infected with the HIV virus. We also implore the ministry of health to ensure that LGBT persons living positively can access friendly HIV services and are under continuous treatment as there have been cases where ARVs have run out of stock.

We call for an end to HIV-related stigma and discrimination, negative attitudes and abuse directed at LGBTI persons living with HIV and AIDS especially at health service centers because the consequences of stigma and discrimination are wide-ranging. Some people are shunned by family, peers and the wider community, while others face poor treatment in healthcare and educational settings leading to erosion of their rights, and psychological damage.
We also urge LGBTI persons to get tested and get to know their HIV status and also to use protection to avoid getting infected.

To LGBTI persons living with HIV and AIDS please adhere to your medication and nutritional behavior because it is your life insurance.