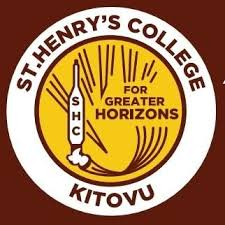 St. Henry’s College Kitovu, a traditional boy’s secondary school in Masaka sparks debate after deciding to open its doors to female students after 100 years of existence.

The debate that is mainly online and has some social media users breathing a sigh of relief by the fact that finally their male students will have “access” to fellow female students.

Ykee Benda a reknown Uganda musician says, “This is very good news ….I really hope all the single schools take this up…protect our children from that wave.”

According to a national broadcaster, the head teacher, Rev. Brother Augustine Mugabo, says after celebrating its centennial anniversary, which is slated for July this year, they will make some adjustments in their operations by opening doors to the general community.

Another social media user said, “Most boys there have already become girls why bother now?”

Although there is no substatial research, there’s a general notion that most students within single student population schools usually are LGBTQ, something that is “undesirable” by society.

Let us know if the Uganda Government should consider abolishing single schools to stop students from “becoming” LGBTQ or keep both systems since people are born gay anyway.