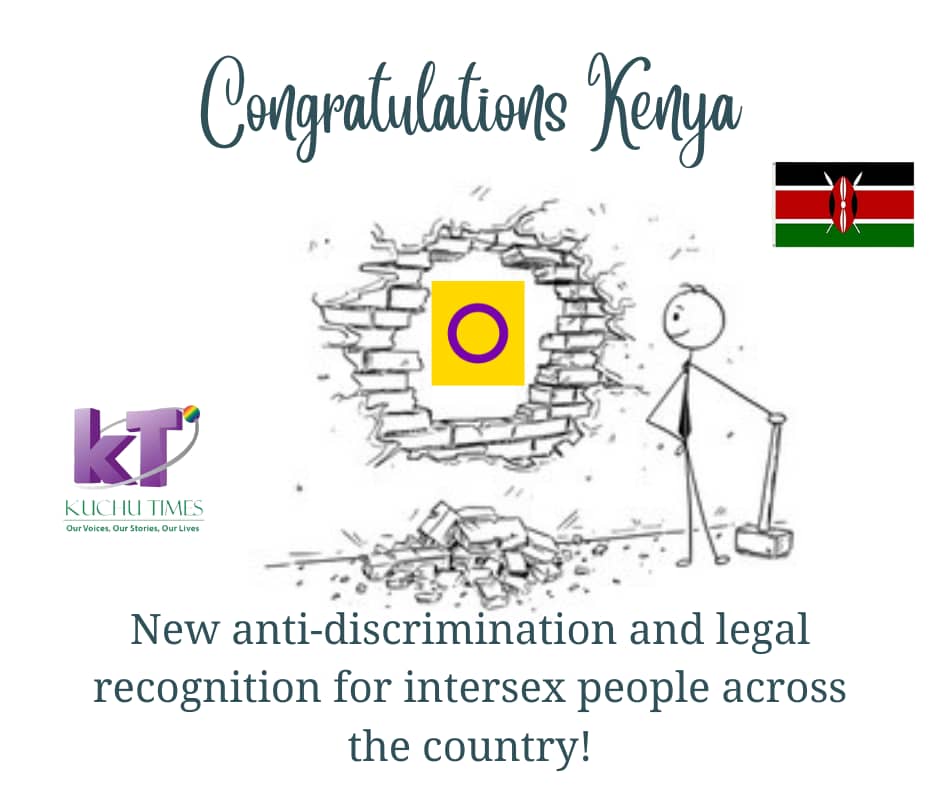 Kenya is the first African country to recognize the intersex community as a third gender with an ‘I’ gender maker making it the first country to grant this discriminated community this universal right. This new recognition is in response to The Children’s Act 2022 which goes into detail into the treatment of intersex children demanding they are treated with dignity and provided equal access to basic services like health care, education and social protection. It also condemns discrimination against intersex children in child protection centers and other facilities. The new law most importantly protects intersex children from ‘sex assignment’ surgeries and these will only be done with a doctor’s recommendation; anyone found violating this law will pay a fine of at least $5,000.

“This is a great and major milestone globally for Kenya. We are now way ahead and can teach our neighbors and the whole globe good practices,” said Jedidah Wakonyo, a human rights lawyer and former chair of the Intersex Persons Society of Kenya. The law defines an intersex child as “a child with a congenital condition in which the biological sex characteristics cannot be exclusively categorized in the common binary of female or male due to inherent and mixed anatomical, hormonal, gonadal or chromosomal patterns which could be apparent before, at birth, in childhood, puberty or adulthood.”

Veronica Mwangi, the deputy director at Kenya’s National Commission on Human Rights, that helped secure the law’s implementation, said it addresses issues for which the intersex community has been fighting for years. The law took effect roughly five years after Kenya became the first African nation and the second country in the world after Australia to count intersex people in a Census. The 2019 survey showed 1,524 Kenyans were intersex.
A child in Kenya is up to the age of 17; as KTMG we can only call upon the commission to extend these rights until adulthood because if our Ugandan experience has taught us anything, bigots are always looking for loopholes to spread discrimination.