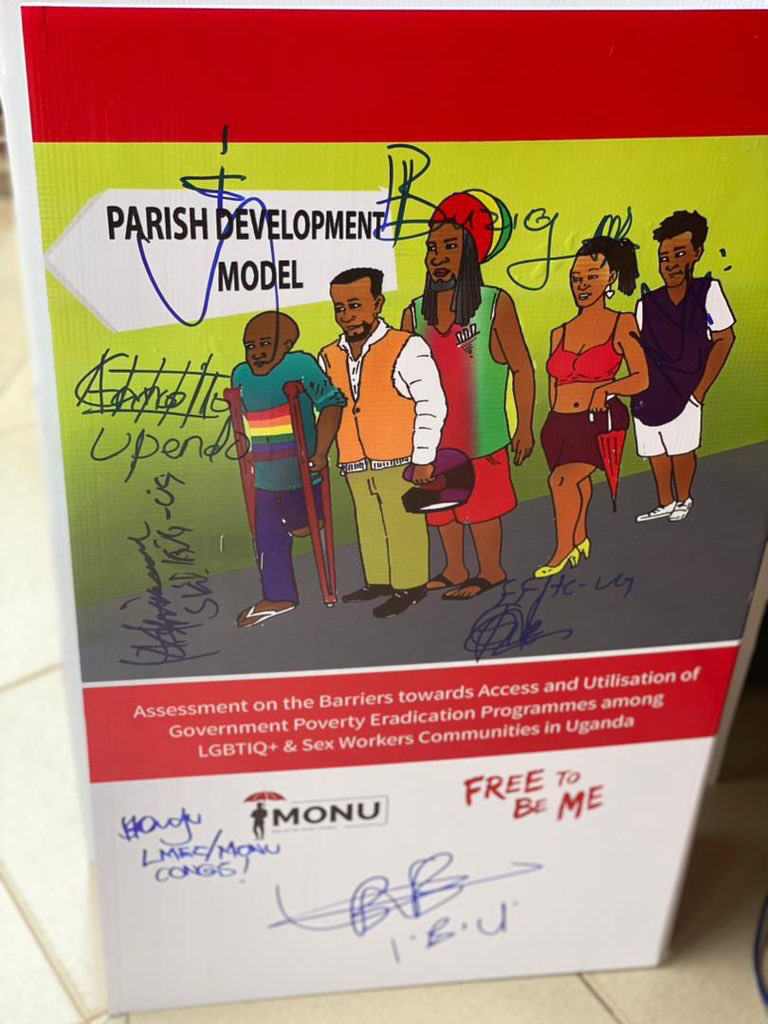 Men of the Night Uganda (MONU) with support from Uganda Key Populations Consortium under the Free To be Me project launched research to investigate the extent to which government poverty alleviation programs are easily accessible to Key Population groups. The purpose of this study was to assess the extent to which LGBTIQ+ Sex Workers Communities access and utilize poverty eradication initiatives in Uganda.

“There is no critical evidence that the LGBTIQ+ and Sex Workers movement demand free social economic inclusion hence need to identify key factors to help interpret how we can best penetrate into the social government interventions and programs that aim at social empowerment. Given the complex political and economic environment in Uganda, it is imperative that we build strong local relationships and collaborations hence need to create evidence based approach towards the demand of inclusion of all rights holder groups in government programs,” Jonathan from MONU said.

Although economic justice is a strong pillar in the fight against discrimination and stigma ,key population communities need to realize that they do not operate in a vacuum away from the rest of the world and as citizens of Uganda are also very much entitled to the benefits of all government poverty alleviation programs.
The report attached below goes into details of the findings of this research that we believe will be revolutionary as far LGBTIQ+ and sex worker economic organizing is concerned.