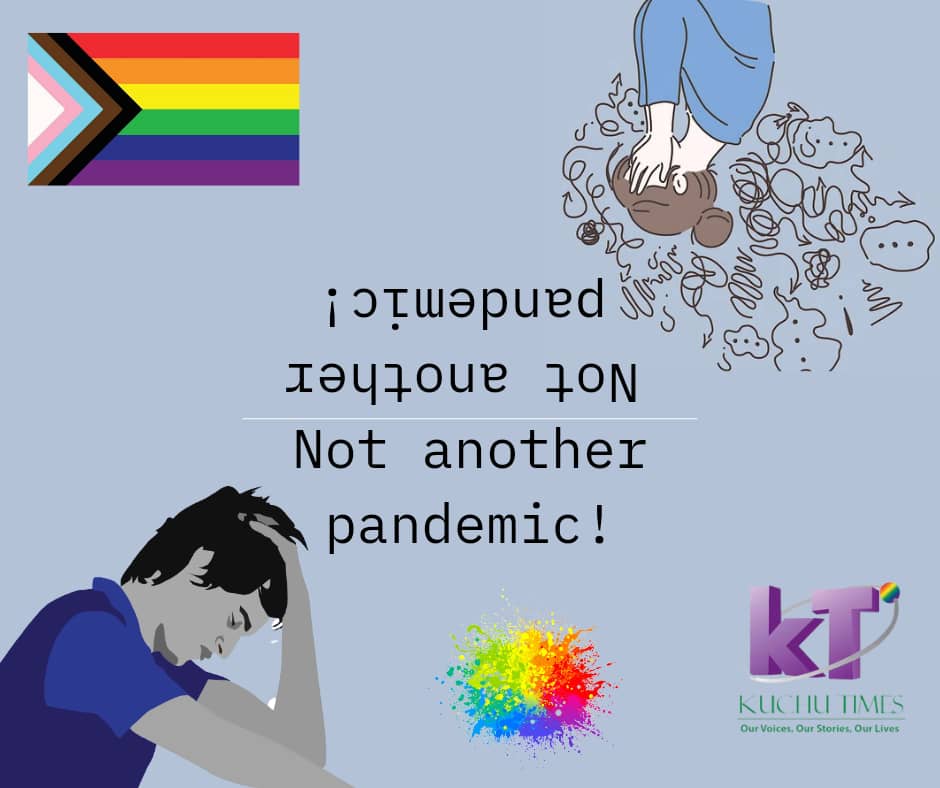 There is nationwide panic with the number of reported cases of the Ebola virus going up daily. As a nation this is not our first Ebola experience and we have managed to survive in the past and are hopeful to survive through this one as well.

What makes this different from the other times is the post COVID-19 lens being used to look at it. There are questions of whether the country should go into lock down to curb the cases; there is pressure from the public for the Ministry of Health to improvise with SOPs as they did COVID. Earlier this year, there was an outbreak of monkey pox. Apart from announcing its outbreak in the rest of the world, the Ministry of Health told Ugandans that it would not be a problem for us and so far so good.

The group of people that suffer the most when such nationwide catastrophes hit like pandemics are the structurally silenced people whose very existence has been deemed illegal in the country. According to ‘In the eyes of the Pandemic,’ a documentary film by EAVA Artists, when COVID-19 hit, there were propagandists who somehow added conspiracy theories together and managed to blame that pandemic on sexual and gender minorities. Our community had to step up and find a way to provide ourselves with basic requirements due to the deep rooted stigma. One of the organizations that were the first to respond to the community was Sexual Minorities Uganda (SMUG) which was recently shut down by the NGO Bureau.

With the threat of rising pandemics, first monkey pox now Ebola; the queer community of Uganda is afraid of what it could mean if either pandemic had a massive outbreak like COVID-19. There is an ongoing smear campaign peddled by the ex-gay movement that has put a target on the backs of every LGBTQ+ identifying Ugandan. Organizations that usually offer support to LGBTQI+ persons have been singled out in this witch hunt. Progress that had been made towards acceptance in the communities we come from has been undone; the support of some allies has been withdrawn especially those that had been built within sate bodies. There is mass anxiety and rightly so because the odds have never been stacked worse.

Continue praying for LGBTIQ+ Ugandans because the outbreak of another pandemic will only make a dire situation worse!