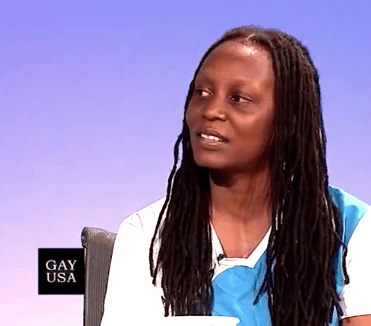 Just weeks after gracing the cover of Times Magazine and making history as the first African to be a grand marshal at the recently concluded New York Pride, Uganda gay rights’ activists Kasha Jacqueline Nabagesera appeared on GAY USA .

She addressed the current status of the Ugandan law in regard to LGBTI persons and her role in the fight for equality.

Kasha reintroduced Bombastic Magazine and Kuchu Times to the world and also described her experience as the NYC Pride Grand Marshal as stunning, amazing yet at the same time excruciating.

The 35 year old activist shed light on the possible retabling of the Anti-Homosexuality Bill and the need for the community to be more vigilant than ever.

Below is the full video of her interview.