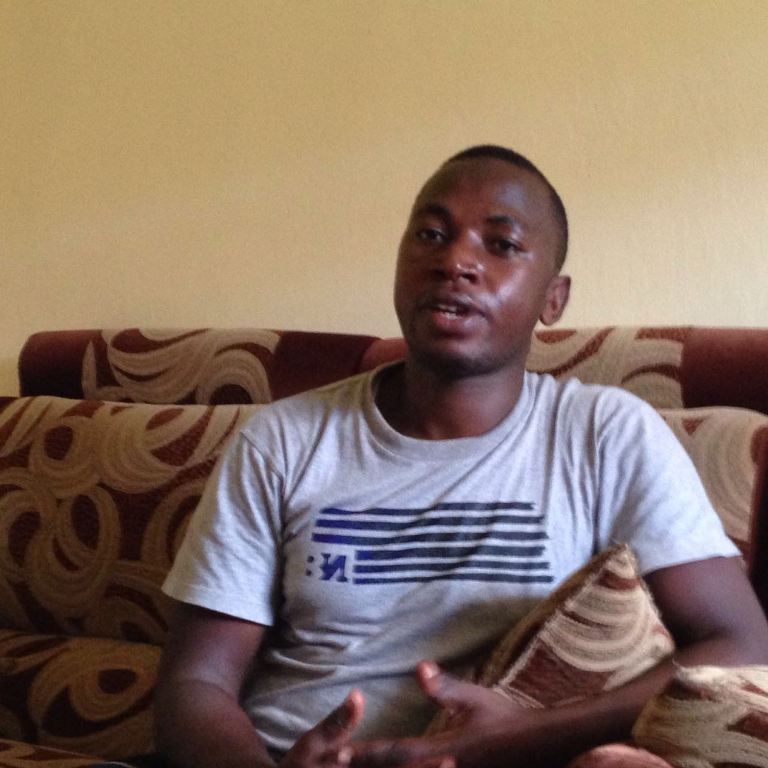 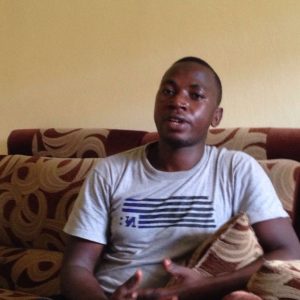 Kelly Daniels commonly known as “Mukwano” among his peers was born on December 17th 1989 in the Eastern district of Jinja to very staunch Christian parents. He however spent most of his childhood life in Makindye a Kampala suburb; he attended several schools and later graduated with a Bachelors degree in Business Administration.

As a young man, Kelly always felt that ‘something was quite not right’ him because of his passionate attraction and reverence of fellow boys, he tried to suppress these feelings and on more than one occasion engaged in relationships with girls but not even this guise stopped his attraction towards his peers.

“I tried reading many books on homosexuality to fully understand the issue and I ended up seeking refugee from google for answers. I tried my best to find out why I was developing such feelings at a tender age and I finally I got my hands on a book by  other sheep titled  ‘The children are  free’ and this is how I accepted myself. It inspired me to come out and defend other people who are like me,” Kelly narrated to Kuchu Times

During the year 2007, while in senior five, Daniels read an article about Frank Mugisha in one of the newspapers titled “A day in the life of a gay man”. Life was never the same because that piece gave him hope that one day; he could live freely without hiding who he was from the world.

Kelly’s journey in the LGBTI movement began in his first year at campus when a fellow student at the same institution introduced him to Ice Breakers Uganda (IBU). He took part in the “Hate No More Campaign” and there was no turning back from there.

In November 2014, Mukwano faced one of the most difficult moments in his life- he was attacked by unknown individuals who left him with an battered face. Kelly also says he will never forget the morning he woke up to the news that his face was on the cover of Red Pepper under the headline “How we became Homos”-Uganda’s top gays speak out.  This was a case of piracy where Redpepper distorted the work of The Advocate about LGBTI confessions concerning their daily lives in a country like Uganda.

Fast forward in 2012, Kelly founded I freedom Uganda, an organisation that promotes freedom of expression, free speech and assembly through technical IT support, research and development of tools and applications that enhance digital security and safety for  gender and sexual minority organizations and their members.

Later this year, I Freedom Uganda will be launching their digital resource center, a space where members from the LGBTI and sex work communities can access internet in a very secure and free environment.  I Freedom Uganda also does website development and designing and free hosting for the community. Currently the organization is working on a crowd sourcing map where they map out violations of freedom of expression and assembly, and carries out capacity trainings at no cost.

On highlighting the fruits of his digital work for the community, Kelly notes that compared to the past, there is broad use of internet and digital security applications and community members are now very cautious with their passwords, computers and other gadgets that contain their sensitive information. They are also getting positive feedback from the community about the impact of their trainings and other digital related services. Kelly further says that now they receive an approximate of 20 people at their office premises seeking guidance on digital security unlike in the past where people never cared to safe guard their information.

I freedom Uganda like other community organisations has encountered some hurdles like limited resources since there are few donors willing to fund internet freedom related initiatives. Another great challenge has been attempting to integrate digital security initiatives into the community. Generally this was an alien language but Kelly says that most members are now trying hard to get skills on how to secure their data.

Kelly says he is now focusing on digital security and internet freedoms and wishes to see the Ugandan gender and sexual minority movement embracing internet usage and securing their own “Rainbow Internet” in the near future.

Kelly’s biggest dream is to get married in Mexico; in 2014, his Mexican boyfriend proposed to him and like every committed person can’t wait to take that big step in his relationship.