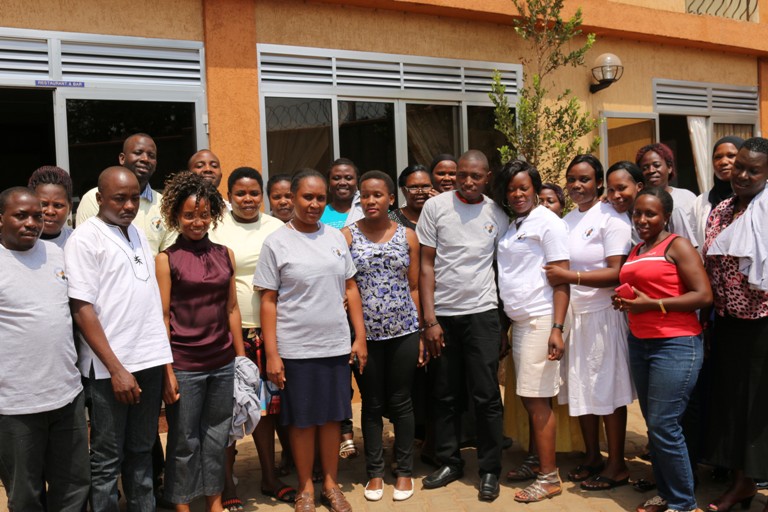 Spectrum Uganda Initiatives, an organization that advocates for health rights of men who have sex with men, held a two day sensitization workshop from 15th and to 16th July 2016. The workshop focused on health service providers from different Kampala City Council (KCCA) healthcare centers.

Spectrum Uganda Initiatives has since 2013 with support from AmfAR, UHAI-EASHRI, Pepfar, Amplify Change and other funding partners embarked this project with the sole purpose to engage policy makers in order to improve access to public health for gay men, men who have sex with men and Transgender persons (GMT) advocacy. This is an ongoing project built on two core main objectives;

Through collaboration with other Ugandan partner organizations such as Marpi STDI/Skin Clinic in Mulago, Ministry of Health, Uganda AIDS Commission, KCCA health department, district health officers, LGBTI organizations and the media among others, Spectrum Uganda was able to train health workers from different KCCA healthcare centres about the urgent health needs of MSM and other key population groups in Uganda.

Through these trainings that have been held since 2013, Spectrum Uganda has been able to gather enough feedback from the health service providers that have previously taken been trained; this has helped SUI to plan for future implementation of this same project. However, it was discovered that a lot still needed to be done in regards to sensitization, of health workers around the country, about LGBTI issues since some attendees confessed to having never handled a case concerning a sexual or gender.

SUI has been able to change some of the participants ‘perceptions about GMTs through these trainings. As an ongoing project, Spectrum is still holding countrywide sensitization workshops for health service providers so as to have a wider referral base as well as create a conducive environment where GMTs can access health services without being subjected to discrimination based on gender identity or sexual orientation.

With persistence from Spectrum Uganda and other partnering organizations specifically Most At Risk Populations Initiative to fighting homophobia and transphobia in Uganda’s health care system through such great community sensitization projects.

According to “The HIV and AIDS Uganda Country Report 2014” by UNAIDS, by December 2011, the prevalence rate of HIV/AIDS among the cluster of men who have sex with men was 13.7% and 13.2% in December 2013 and many reasons were attributed to such a high HIV/AIDS prevalence rate in these marginalized communities.

It was from these findings that Spectrum Uganda realized the need for extending such initiatives to other parts of the country such that MSM in the furthest areas could also access friendly health services. This project covers Wakiso, Mpigi,Kampala, Masaka, Jinja, Mukono, Busia and Tororo districts among others.

Spectrum Uganda hopes that at the end of this project;

Marjoline Nakimuli a social worker from Marpi Mulago who was also a facilitator in the workshop advised the participants to always priotize professionalism while executing their duties. She added that segregating a patient because of their sexual orientation or gender identity hinders effective health service delivery thus leading to stigma and discrimination.

Moses Kimbugwe the Deputy Executive Director for Spectrum Uganda pledged continued collaboration between Spectrum Uganda and different government agencies from the health sector in order to fight HIV/AIDS among the MSM and other key populations in Uganda as well as popularize government ministerial directive on Access to health services without discrimination.