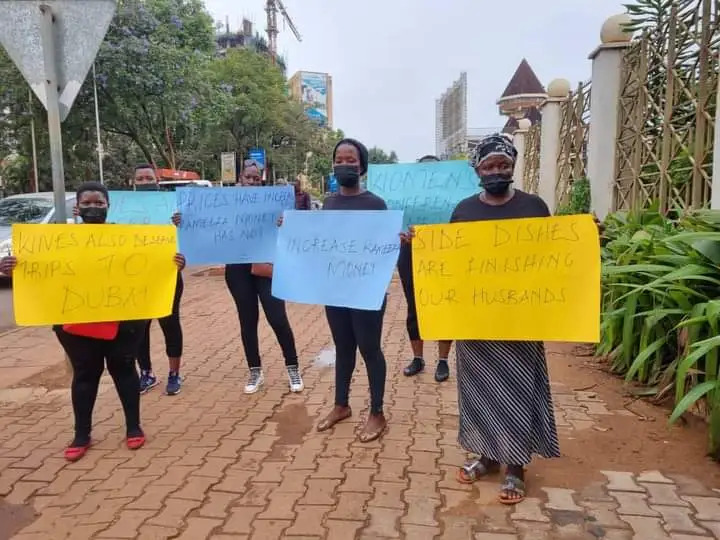 This weekend Ugandan women were up in arms over lack of support from their husbands who seem to spend all their money on extra marital affairs. According to news reports in Uganda, a group of housewives marched around different roundabouts in Kampala, holding placards airing their grievances against their husbands. They said that expenses in the day to day running activities of homes has increased hence the need for more “kameeza” funds. The wives also complained about the increased rates at which their husbands are cheating on them while taking their mistresses for exotic trips.

As Kuchu Times Media Group we were intrigued by the topic and sought the opinion of some LGBTQ Ugandans. Can “kameeza be implemented without causing Intimate Partner Violence?

“If he is in position to leave the “kameeza” yes of course he should but I wouldn’t really mind it if he is maybe taking care of other bills like rent.” Says Arnold Serano a cisgender gay power bottom.

Diane Sydney Bakuraira the Linking and Learning Officer at Sexual Minorities Uganda- SMUG says. “That’s utter rubbish, this is an adoption of the so called patriarchal setting placed to demean womyn and keep them at their mercy feeding off the scrapes of the “kameeza.” I wouldn’t let my girlfriend get to that point. If I could, she would have her monthly financial budget from me and surprises in between.”

Charlotte a queer Ugandan womyn says, “For me I think womyn should be given “kameeza” allowance especially if they are a stay at home spouse. They too have needs and contribute a lot towards the comfort and growth of the home.” As a feminist I believe, unpaid care work is a human rights violation.”

“Kameeza” is money that Ugandan men are expected to leave by the bedside for their wives to spend on the day to day requirements of running the home.